Voices // 6 months ago
U.S. could face simmering, chronic domestic terror problem
After President Joe Biden took office on Wednesday without any violent incidents, many in the United States and worldwide breathed a sigh of relief. The respite may be brief.

TV // 1 year ago
Jack Huston plays the 'ultimate sociopath' in 'Manhunt'
The miniseries "Manhunt: Deadly Games" tells the story of the 1996 Olympics bombing from the false suspicions of Richard Jewell (Cameron Britton) to the pursuit of bomber Eric Rudolph (Jack Huston). 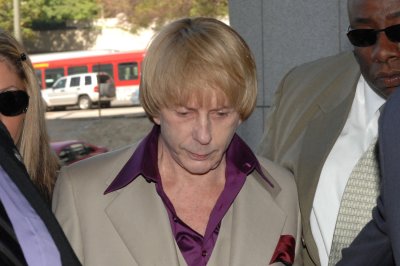 Top News // 2 years ago
The Almanac
On April 13, 2009, Phil Spector was found guilty of second-degree murder by a Los Angeles jury in his second trial for the 2003 slaying of Lana Clarkson.

Top News // 4 years ago
The Almanac
On April 13, 1970, an oxygen tank exploded aboard Apollo 13, forcing NASA to abort the crew's planned lunar landing mission and return to Earth. 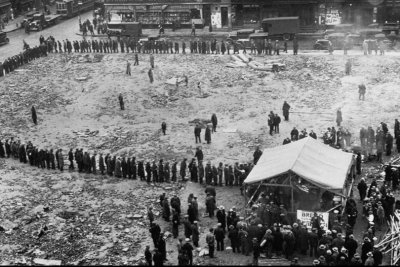 Top News // 5 years ago
The Almanac
On April 13, 1932, Democrats at a Jefferson Day luncheon accused the Hoover administration of wrecking the economy, plunging millions into misery.

Eric Robert Rudolph (born September 19, 1966), also known as the Olympic Park Bomber, is a terrorist responsible for a series of bombings across the southern United States between 1996 and 1998, which killed two people and injured at least 150 others. The Federal Bureau of Investigation considers him a terrorist.

As a teenager Rudolph was taken by his mother to a Church of Israel compound in 1984; it is connected to the Christian Identity movement. Rudolph has denied that his crimes were religiously or racially motivated, Rudolph has also called himself a Roman Catholic in "the war to end this holocaust" (in reference to abortion).

He spent years on the FBI Ten Most Wanted Fugitives until he was caught in 2003. In 2005, as part of a plea bargain, Rudolph pled guilty to numerous federal and state homicide charges and accepted four consecutive life sentences in exchange for avoiding a trial and a potential death sentence.

FULL ARTICLE AT WIKIPEDIA.ORG
This article is licensed under the GNU Free Documentation License.
It uses material from the Wikipedia article "Eric Rudolph."
Back to Article
/