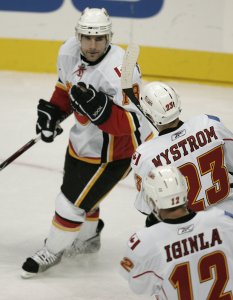 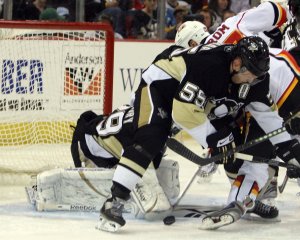 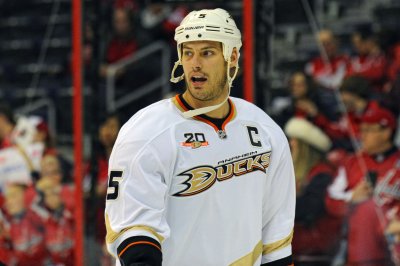 Sports News // 4 years ago
Anaheim Ducks shut down Nashville Predators, even series 2-2
Ryan Getzlaf was asked if the home team would ever win a game in his team's Western Conference quarterfinal series with the Nashville Predators. 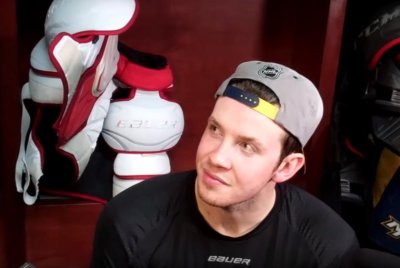 He was a first round selection by the Flames, 10th overall, in the 2002 NHL Entry Draft. He played four seasons of college hockey with the Michigan Wolverines before turning pro in 2005. He is the son of former NHL player Bob Nystrom.

His father Bob, born in Sweden but grew up in Western Canada, was an NHL player for the New York Islanders at the time, and won four consecutive Stanley Cups between 1980 and 1983. Nystrom, who is Jewish , attended high school at Portledge School in Locust Valley, New York. He has an older sister, Marissa. Nystrom grew up playing several sports, including soccer and baseball, and only seriously considered a hockey career in his mid-teens. While Eric was regarded as an NHL prospect himself, his father encouraged him to seek an education first, which the younger Nystrom did upon earning a scholarship to play for the University of Michigan Wolverines in 2000. He spent four years at Michigan where he earned a degree in Liberal Arts.

FULL ARTICLE AT WIKIPEDIA.ORG
This article is licensed under the GNU Free Documentation License.
It uses material from the Wikipedia article "Eric Nystrom."
Back to Article
/