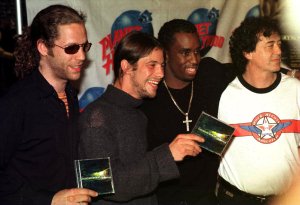 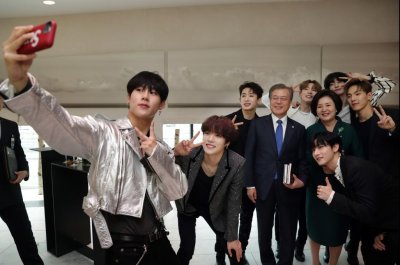 Music // 1 year ago
Pusha T launches hip-hop voting app Heir
Pusha T has announced a new hip-hop centered app named Heir that allows users to vote up or down on which songs they like. 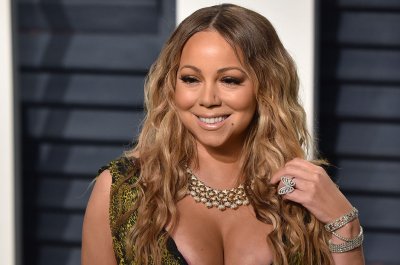 Music // 2 years ago
Mariah Carey to release new studio album later this year
Music superstar Mariah Carey is working on a studio album set for release this year.
Music // 4 years ago
Drake and Future release surprise mixtape 'What A Time To Be Alive'
Hip-hop artists Drake and Future released a surprise joint mixtape entitled {i:What A Time To Be Alive} Sunday exclusively on iTunes and Apple music.

Music // 5 years ago
Jodeci's new album set for release March 31
Jodeci's album "The Past, The Present, The Future" is set for release March 31, Epic Records announced.
Entertainment News // 5 years ago
Rebecca Ferguson was 'devastated' when new baby's father left
Rebecca Ferguson gave birth to daughter Arabella in October, and has revealed the baby's father left her after she told him she was pregnant.

It's possible two dozen left during encore but it was not noticeable amongst the 11,976 who were applauding and enjoying the evening's music

I believe people are tired of bands all sounding the same and not taking chances to push the envelope and expand musical expression. I am very excited about the upcoming headlining tour. Our fans will finally see us play a longer set of our new material and experience our full live show. Our fans can expect a full projection movie playing behind us. This film will feature amputees, clowns, car crashes, cartoons, and other vomit-inducing imagery. I will be in my prettiest dress looking somewhat like Marilyn Monroe meets Gene Simmons

Whitesnake and Scorpions are bands that I really respect and love. I'm excited about this tour. It's going to be great and the fans will be thrilled with this triple bill. I've never played any concerts with Whitesnake before, but I love the band and I've known David Coverdale socially for years. Of course, the Scorpions have been close friends for a long time and they helped launch my career when I sang background vocals on their 'Blackout' album

Epic Records is an American record label, owned by Sony Music Entertainment, which currently operates under the umbrella of the Columbia/Epic Label Group. It is a premiere label for Sony Music. Though it was originally conceived as a jazz imprint, it has since expanded to represent various genres.

Epic Records was launched in 1953 by CBS for the purpose of marketing jazz and classical music that did not fit the theme of the more mainstream Columbia Records. Its bright-yellow, black and blue logo became a familiar trademark for many jazz and classical releases. This has included such notables as the Berlin Philharmonic, Charles Rosen, the Juilliard String Quartet, Antal Doráti conducting the Hague Philharmonic and George Szell conducting the Cleveland Orchestra.

By 1960, the label's musical base had been expanded to include all genres. This was done in part to prevent the roster of Columbia Records (which, at the time, had a reputation for releasing material by more established acts) from being overstuffed with newer artists. Subsequently, Epic became better known for its signing of newer, fledgling acts. By the end of the 1960s, Epic earned its first gold records and had evolved into a formidable hit-making force in rock and roll, R&B and country music. Among its many acts, it included Roy Hamilton, Bobby Vinton, The Dave Clark Five, The Hollies, Tammy Wynette, Donovan, The Yardbirds, Lulu, July and Jeff Beck. Several of the British artists on the Epic roster during the 1960s were the result of CBS's Epic/Okeh units' international distribution deal with EMI; Epic recordings were issued by EMI on the Columbia label before the contract with EMI expired, at which point CBS Records began issuing Epic label material on the CBS label until Epic UK was established in 1971 as a CBS imprint.

FULL ARTICLE AT WIKIPEDIA.ORG
This article is licensed under the GNU Free Documentation License.
It uses material from the Wikipedia article "Epic Records."
Back to Article
/