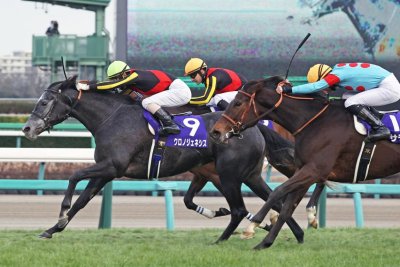 Sports News // 2 months ago
Horse racing waves goodbye to 2020 with high hopes for '21
Horse racing wound up 2020 with a sense of relief and some impressive performances from Florida to California and Japan that promise great drama in 2021 -- preferably in more normal settings. 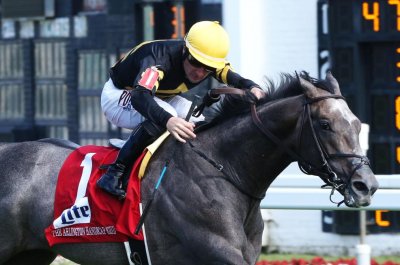 We figured the race was going to turn out the way it did, like last year's Blue Grass, where everybody walked around there and tried to sprint for home

I thought she was a little too far out of it going down the backside, especially after that opening quarter in 25 (seconds)

I wasn't worried because I knew that if she went back to her old form, she would be fine

If I could have had an allowance race in California for him, I probably would have run him there

Eoin G. Harty (born November 23, 1962 in Dublin, Ireland) is a Thoroughbred racehorse trainer in the United States. From a family of horsemen, Eoin (pronounced Owen) Harty is the fourth generation to be invloved in racing. At age sixteen he went to work at the Irish National Stud then a year later moved to the United States, working in the business in California where he still makes his home.

Harty worked for notable stables such as that of Allen E. Paulson and eventually became an assistant to trainers John Russell and then Bob Baffert. In 2000, he took charge of the training of two-year-olds for the North American division of Sheikh Mohammed's Godolphin Racing. In 2001, Eoin Harty got his big break as he conditioned Godolphin's Tempera who won the Breeders' Cup Juvenile Fillies and earned American Champion Two-Year-Old Filly honors.

FULL ARTICLE AT WIKIPEDIA.ORG
This article is licensed under the GNU Free Documentation License.
It uses material from the Wikipedia article "Eoin Harty."
Back to Article
/