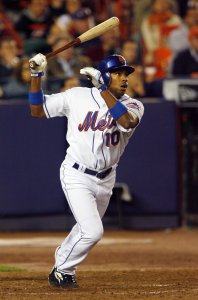 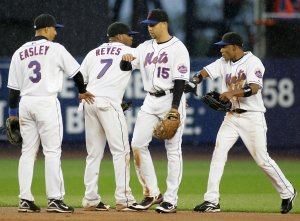 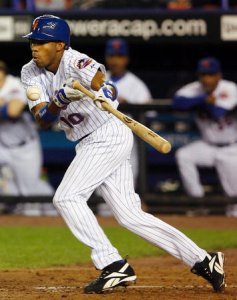 Travis Barker on the mend after 'life-threatening pancreatitis' hospitalization

Chávez bats and throws left-handed and is considered to have good fielding skills, speed, and the ability to hit to all parts of the field. He is well known for an outstanding catch in Game 7 of the 2006 NLCS.

Chávez made his Minor League Baseball debut in 1996 with the Mets, a rookie-level affiliate of the New York Mets. In his first season with the team, he hit .354 in 48 games. He played the next four years in the Mets organization with the Kingsport Mets, Gulf Coast Mets, Capital City Bombers, and St. Lucie Mets. On March 30, 2001, Chávez was traded from the Mets to the Kansas City Royals organization. In 2001, Chávez played with Wichita Wranglers and the Omaha Royals before making his MLB debut with the Royals.

FULL ARTICLE AT WIKIPEDIA.ORG
This article is licensed under the GNU Free Documentation License.
It uses material from the Wikipedia article "Endy Chavez."