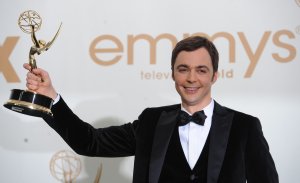 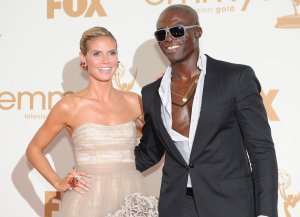 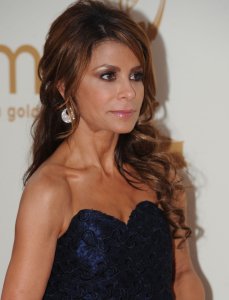 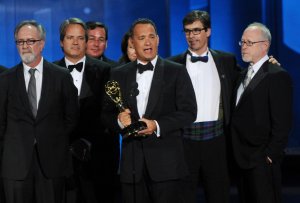 TV // 9 years ago
Netflix to carry 'Arrested Development'
Netflix says it will be offering instant access to new episodes of the U.S. television sit-com "Arrested Development" starting in 2013.
TV // 9 years ago
Dr. Oz says BBQ, Skynyrd among life's joys
U.S. talk show host Dr. Mehmet Oz says he has a soft spot for southern barbecue and rock 'n' roll.
TV // 9 years ago
Hollywood visits Israel
Hollywood film directors, scriptwriters and actors are visiting Israel to learn about the Israeli-Palestinian conflict and meet Israeli and Palestinian leaders.
Music // 9 years ago
Churches filling pews with secular music
Churches in Britain say they are filling pews by allowing concerts by modern performers ranging from big names like Adele to up-and-coming alternative rockers.
TV // 9 years ago
Couric, Larry the Cable Guy to guest host 'Live!'
Broadcast journalist Katie Couric and comedian Larry the Cable Guy are to fill in as guest co-hosts on "Live! with Regis and Kelly" in New York, ABC said.
TV // 9 years ago
TNT to re-air Steve Jobs TV movie
U.S. cable network TNT says it will pay tribute to the late Apple founder Steve Jobs by re-airing the TV movie "Pirates of Silicon Valley."
Sports News // 9 years ago
ESPN parts ways with Hank Williams Jr.
Despite an apology from Hank Williams Jr., ESPN Thursday dropped the "Rowdy Friends" theme song from the opening of Monday Night Football.
TV // 9 years ago
DeGeneres doesn't regret coming out as gay
U.S. talk-show host Ellen DeGeneres says she doesn't feel she made a mistake when she revealed she is a lesbian more than a decade ago.
Movies // 9 years ago
Scorsese to pen column for TCM
Renowned Hollywood filmmaker Martin Scorsese is to pen a monthly column for TCM's Now Playing Guide and tcm.com, the cable network said Monday.
TV // 9 years ago
Obama to sit down with BET for special
U.S. President Barack Obama is to be interviewed for a BET Networks news special about how the economic crisis is affecting African-Americans.

The best of the Emmy Awards

Red carpet at the 2011 Emmy Awards 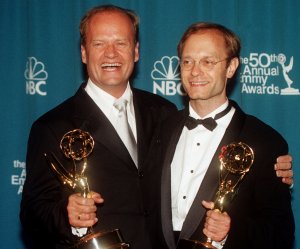 The best of the best: The Emmy Awards

An Emmy Award, often referred to simply as the Emmy, is a television production award, similar in nature to the Peabody Awards but more focused on entertainment, and is considered the television equivalent to the Academy Awards (for film) and the Grammy Awards (for music).[1][2] A majority of Emmys are presented in various sectors of the American television industry. As such, the awards are presented in various area-specific ceremonies held annually throughout the year. The two ceremonies that usually receive the most media coverage are the Primetime Emmys and the Daytime Emmys, primarily recognizing excellence in American primetime and daytime entertainment programming, respectively. Other notable Emmy Award ceremonies include those honoring national sports programming, national news and documentary shows, national business and financial reporting, and technological and engineering achievements in television. Regional Emmy Awards are also presented throughout the country at various times through the year, recognizing excellence in local and state-to-state television. In addition, International Emmys are awarded to recognize excellence in TV programming produced and initially aired outside the United States. Three related but separate organizations present the Emmy Awards: the Academy of Television Arts & Sciences (ATAS), the National Academy of Television Arts & Sciences (NATAS), and the International Academy of Television Arts & Sciences.[3] Each is responsible for administering a particular set of Emmy award shows.[4] History TV producer Bruce Kennedy holding an Emmy The Los Angeles-based Academy of Television Arts & Sciences (ATAS) established the Emmy Awards as part of an image-building and public relations opportunity.[4] The first Emmy Awards were presented on January 25, 1949 at the Hollywood Athletic Club, but solely to honor shows produced and aired locally in the Los Angeles area. Shirley Dinsdale has the distinction of receiving the very first Emmy, for Most Outstanding Television Personality, during that first awards ceremony.[4] In the 1950s, the ATAS expanded the Emmys into a national event, presenting the awards to shows broadcast nationwide. In 1955, the National Academy of Television Arts and Sciences (NATAS) was formed in New York as a sister organization to serve members on the East Coast, and help to also supervise the Emmys. The NATAS also established regional chapters throughout the United States, with each one developing their own local Emmy awards show for local programming.[4] The ATAS still however maintained its separate regional ceremony honoring local programming in the Los Angeles Area.[5] Originally there was only one Emmy Awards ceremony held per year to honor shows nationally broadcast in the United States. That changed when the Daytime Emmy Awards, a separate awards show specifically just for daytime programming, was first held in 1974. Other area-specific Emmy Awards ceremonies soon followed. Also, the International Emmy Awards, honoring television programs produced and initially aired outside the U.S., was established in the early 1970s.[4] Meanwhile, all Emmys awarded prior to the emergence of these separate, area-specific ceremonies are listed along with the Primetime Emmy Awards in the ATAS' official records.[6] In 1977, due to various conflicts, the ATAS and the NATAS agreed to split ties. However, they also agreed to share ownership of the Emmy statue and trademark, with each responsible for administering a specific set of award shows.[4]

FULL ARTICLE AT WIKIPEDIA.ORG
This article is licensed under the GNU Free Documentation License.
It uses material from the Wikipedia article "Emmy."
Back to Article
/