Movies // 2 years ago
Ray Romano says Martin Scorsese never heard of him before 'Vinyl' audition
Ray Romano told UPI that filmmaker Martin Scorsese had no idea who he was before Romano auditioned for the pilot of Scorsese's drama "Vinyl."

Top News // 4 years ago
The Almanac
On Oct. 11, 1910, former President Theodore Roosevelt became the first U.S. president to take flight in an airplane.

Top News // 4 years ago
The Almanac
On Sept. 28, 1938, Adolf Hitler called a four-power conference in Munich to discuss the Czechoslovak crisis, postponing the German army's march into Sudetenland. 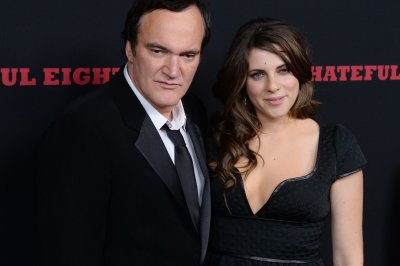 TV // 5 years ago
Quentin Tarantino wants to adapt Elmore Leonard novel as TV miniseries
"Django Unchained" and "The Hateful Eight" filmmaker Quentin Tarantino says his next western-themed project may be for the small screen.

His earliest published novels in the 1950s were westerns, and Leonard went on to specialize in crime fiction and suspense thrillers, several of which have been adapted into successful motion pictures or TV movies.

Leonard was born in New Orleans, Louisiana, but since his father worked as a site locator for General Motors, the family moved frequently for several years. In 1934, the family finally settled in Detroit, Michigan. Leonard has made the Detroit area his home ever since.

FULL ARTICLE AT WIKIPEDIA.ORG
This article is licensed under the GNU Free Documentation License.
It uses material from the Wikipedia article "Elmore Leonard."
Back to Article
/