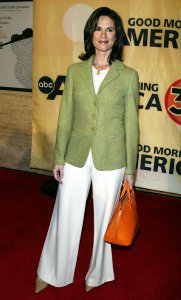 Vargas was born to a Puerto Rican father, who was a Colonel in the U.S. Army and an Irish-American mother. She spent her youth moving from base to base in Germany, Belgium and Japan.

Vargas graduated with a Bachelor's Degree in journalism from the University of Missouri in Columbia, where she made her debut broadcast as a reporter/anchor for KOMU-TV.

FULL ARTICLE AT WIKIPEDIA.ORG
This article is licensed under the GNU Free Documentation License.
It uses material from the Wikipedia article "Elizabeth Vargas."
Back to Article
/