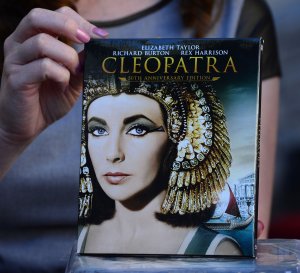 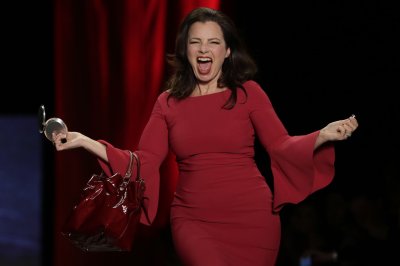 Thanks darling for the beautiful flowers and all the prayers

It would be magnificent for our country if Senator Clinton won the votes, hearts and minds of the people in Indiana and North Carolina on Tuesday. She's a brilliant teacher and powerful leader. We all know what she's about. We know what she isn't. Senator Clinton is not a flibbertijibbet (sic). She's strong

The future of our great country rests in the hands of the next president. Who sits in the Oval Office will be determined greatly by the citizens of Indiana and North Carolina. In my heart, I know they will choose wisely and they will choose well

We are not, have never been and will never be romantically involved. My private life and my plans, at this time remain private

I just don't believe that Michael would want me to share my grief with millions of others. How I feel is between us. Not a public event

Dame Elizabeth Rosemond "Liz" Taylor, DBE (February 27, 1932 – March 23, 2011) was a British-American actress. From her early years as a child star with MGM, she became one of the great screen actresses of Hollywood's Golden Age. As one of the world's most famous film stars, Taylor was recognized for her acting ability and for her glamorous lifestyle, beauty and distinctive violet eyes.

National Velvet (1944) was Taylor's first success, and she starred in Father of the Bride (1950), A Place in the Sun (1951), Giant (1956), Cat on a Hot Tin Roof (1958), and Suddenly, Last Summer (1959). She won the Academy Award for Best Actress for BUtterfield 8 (1960), played the title role in Cleopatra (1963), and married her co-star Richard Burton. They appeared together in 11 films, including Who's Afraid of Virginia Woolf? (1966), for which Taylor won a second Academy Award. From the mid-1970s, she appeared less frequently in film, and made occasional appearances in television and theatre.

Her much publicized personal life included eight marriages and several life-threatening illnesses. From the mid-1980s, Taylor championed HIV and AIDS programs; she co-founded the American Foundation for AIDS Research in 1985, and the Elizabeth Taylor AIDS Foundation in 1993. She received the Presidential Citizens Medal, the Legion of Honour, the Jean Hersholt Humanitarian Award and a Life Achievement Award from the American Film Institute, who named her seventh on their list of the "Greatest American Screen Legends". Taylor died of congestive heart failure at the age of 79.

FULL ARTICLE AT WIKIPEDIA.ORG
This article is licensed under the GNU Free Documentation License.
It uses material from the Wikipedia article "Elizabeth Taylor."
Back to Article
/