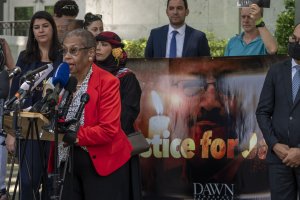 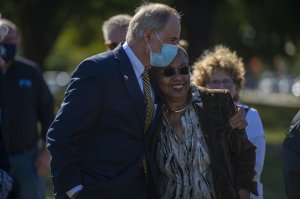 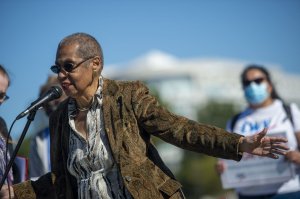 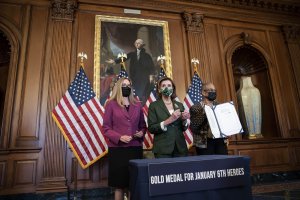 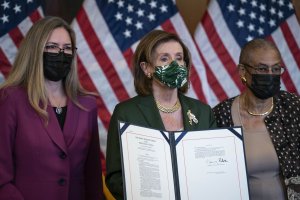 U.S. News // 1 year ago
Senate holds rare hearing on D.C. statehood
The Senate held a rare hearing to evaluate statehood for Washington, D.C., with supporters pushing for voting rights and opponents questioning the legality of creating a new state without a constitutional amendment.

U.S. News // 1 year ago
Democrats argue for D.C. statehood at hearing; GOP cites 'power grab'
Democrats argued in favor of statehood for Washington, D.C., at a testy House hearing Monday, calling it a civil rights issue, while Republicans dismissed the effort as a partisan "power grab."

U.S. News // 2 years ago
Rep. John Lewis lies in state at U.S. Capitol for final day
The public paid tribute to civil rights leader and longtime Rep. John Lewis as he lay in state for the final day on Tuesday before he will be moved to his native Georgia.

The CBC is particularly concerned about the National Rifle Association's assault

I could not be more pleased that the House and Senate are moving at the same time on our D.C. House Voting Rights bill

People know enough to check on what the rules are

Eleanor Holmes Norton (born June 13, 1937) is a Delegate to Congress representing the District of Columbia. In her position she is able to serve on and vote with committees, as well as speak from the House floor. However, she is not permitted to vote on final passage of any legislation because she is not a full member of Congress.

While in college and graduate school, Norton was active in the civil rights movement and an organizer for the Student Nonviolent Coordinating Committee. By the time Norton graduated from Antioch, she had already been arrested for organizing and participating in sit-ins in Washington, D.C., Maryland, and Ohio. While in law school, she traveled to Mississippi for the Mississippi Freedom Summer and worked with civil rights stalwarts like Medgar Evers. Norton's first encounter with a recently released, but physically beaten Fannie Lou Hamer forced Norton to bear witness to the intensity of violence and Jim Crow repression in the South. Her time with SNCC inspired her lifelong commitment to social activism and her budding sense of feminism. In the early 1970s, Eleanor Holmes Norton was a signer of the Black Woman’s Manifesto, a classic document of the Black feminist movement.

FULL ARTICLE AT WIKIPEDIA.ORG
This article is licensed under the GNU Free Documentation License.
It uses material from the Wikipedia article "Eleanor Holmes Norton."