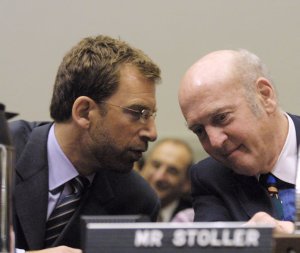 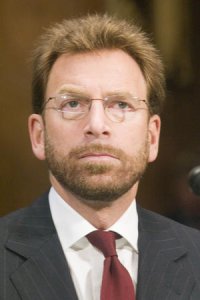 When I see a device that permits consumers to identify the specific tracks they want from a satellite broadcast, record them and library them for future use, I call that device an iPod and I call the satellite service making that device available a download service

We're going to try it and see where it goes

The Bronfman family gained its fortunes through the Seagram Company, an alcohol distilling company, but Edgar Jr. ("Efer" to friends) has gained his reputation by expanding and later divesting ownership of the Seagram company, as well as for pursuing more creative activities as a Broadway and film producer and songwriter.

His controversial decision to sell his family stake in DuPont Chemical in order to create the short-lived Vivendi Universal entertainment company has been a source of widespread ridicule in the business community.

Edgar Jr. is the second of five children, and was indicated by his grandfather in 1971 as being suitable as the heir to the Seagram Company.

FULL ARTICLE AT WIKIPEDIA.ORG
This article is licensed under the GNU Free Documentation License.
It uses material from the Wikipedia article "Edgar Bronfman."
Back to Article
/