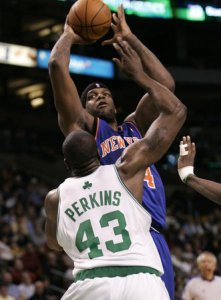 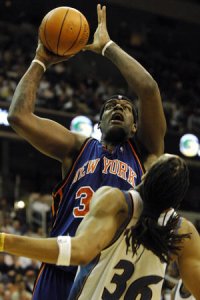 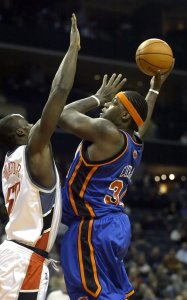 Prior to becoming considered one of the best high school basketball players in the nation as a senior at Thornwood High School in South Holland, Illinois, Curry aspired to be a gymnast and did not pick up basketball until the seventh grade when he reluctantly went out for the school team. In 2001, Curry led his team to second place in the IHSA State Playoffs. For his efforts, Curry was named 2001 Illinois Mr. Basketball. He was named to the 1998, 1999 and 2000 State Farm Holiday Classic all-tournament teams.

Curry had signed a letter of intent to play at DePaul University but declared himself eligible for the 2001 NBA Draft in which the Chicago Bulls made him the fourth overall pick.

FULL ARTICLE AT WIKIPEDIA.ORG
This article is licensed under the GNU Free Documentation License.
It uses material from the Wikipedia article "Eddy Curry."
Back to Article
/