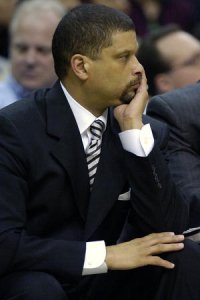 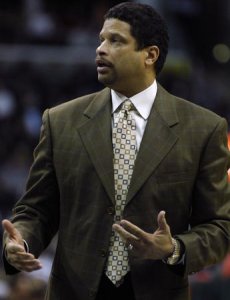 TV // 4 years ago
Chris Evans quits as co-host of British 'Top Gear' after one season
Chris Evans announced Monday he will not return for another season as co-host of the re-vamped, British version of "Top Gear."

Sports News // 5 years ago
Eddie Jordan out as Rutgers basketball coach
Former Rutgers player Eddie Jordan returned three years ago to the school in an attempt to restore credibility to the program, but his mission came to an end Thursday.

Sports News // 5 years ago
Bryn Forbes' 11 3-pointers pace Michigan State's win
PISCATAWAY, N.J. -- Michigan State coach Tom Izzo hopes his No. 2 Spartans do not have to rely on the 3-point shot to make a deep run in the NCAA tournament.

I'm not going to get fined for saying what's obvious

Edmund "Eddie" Jordan (born March 30, 1948) is the founder and former owner of Jordan Grand Prix, a Formula One constructor which operated from 1991 to 2005. He is currently a pundit for the F1 coverage on the BBC alongside David Coulthard.

Born in Ireland in 1948, Jordan grew up in Bray, County Wicklow, and was educated at Synge Street Christian Brothers School in Central Dublin.

Intending to become a dentist, he ended up working for the Bank of Ireland as a clerk. During a strike in Dublin, he went on holiday to the island of Jersey, where he witnessed and took part in kart racing for the first.

FULL ARTICLE AT WIKIPEDIA.ORG
This article is licensed under the GNU Free Documentation License.
It uses material from the Wikipedia article "Eddie Jordan."
Back to Article
/