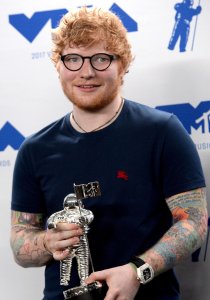 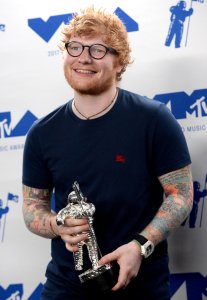 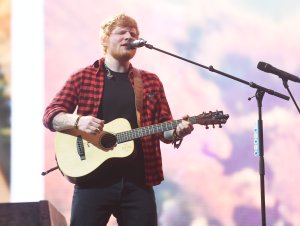 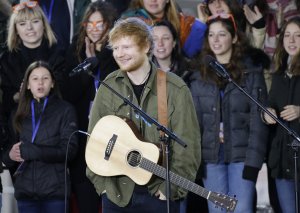 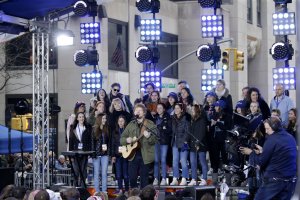 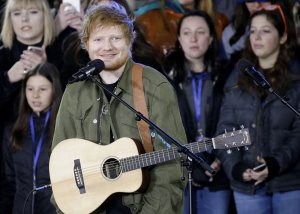 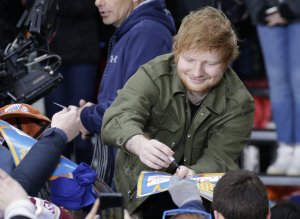 Entertainment News // 3 months ago
What to stream this weekend: 'Yellow Submarine,' 'After Life' S2
A classic Beatles film, the return of "After Life " and the Beastie Boys documentary are just some of the streaming options available this weekend for viewers staying at home during the COVID-19 pandemic. 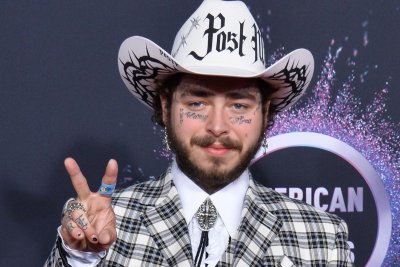 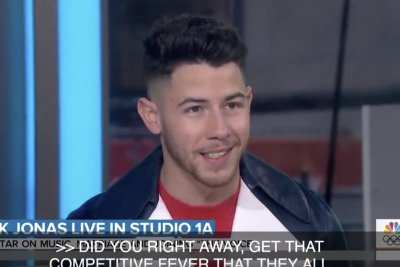 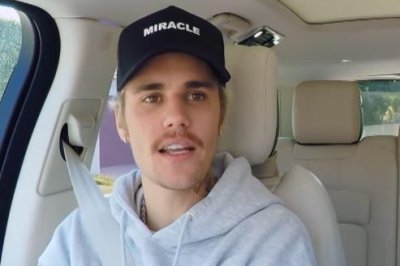 Music // 6 months ago
Grammys 2020: How to watch
The 62nd annual Grammy Awards, which recognizes excellence in music, will take place live on Sunday from Los Angeles.

Edward Christopher "Ed" Sheeran (born 17 February 1991) is an English singer-songwriter and musician. Born in Hebden Bridge, West Yorkshire and raised in Framlingham, Suffolk, he moved to London in 2008 to pursue a musical career. In early 2011, Sheeran released an independent extended play, No. 5 Collaborations Project, which caught the attention of both Elton John and Jamie Foxx. He then signed to Asylum Records. His debut album, +, containing the singles "The A Team" and "Lego House", was certified 6× Platinum in the UK. In 2012, Sheeran won two Brit Awards for Best British Male Solo Artist and British Breakthrough Act. "The A Team" won the Ivor Novello Award for Best Song Musically and Lyrically. In 2014, he was nominated for Best New Artist at the 56th Annual Grammy Awards.[1]

FULL ARTICLE AT WIKIPEDIA.ORG
This article is licensed under the GNU Free Documentation License.
It uses material from the Wikipedia article "Ed Sheeran."
Back to Article
/