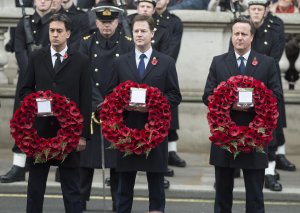 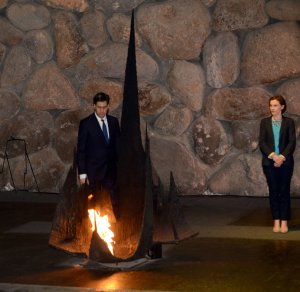 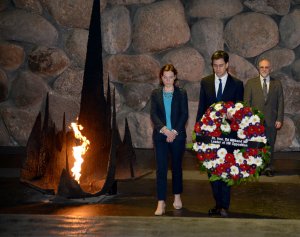 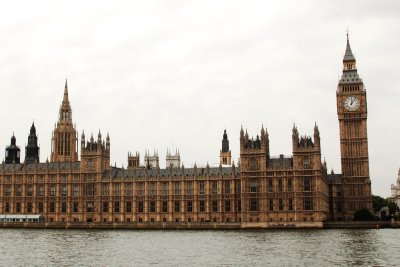 World News // 5 years ago
British Conservatives celebrate apparent victory, Cameron holds power
Britain's conservatives, led by Prime Minister David Cameron, are celebrating a big victory in what may be one of the most important elections in U.K. history.

I think there's no doubt that China, when it says 40 (percent) to 45 percent reduction in energy intensity, is serious about that

It's right that there's rigor applied to all the reports about climate change, but I think it would be wrong that when a mistake is made it's somehow used to undermine the overwhelming picture that's there

Edward Samuel Miliband MP (born 24 December 1969) is a British Labour Party politician, currently Leader of the Labour Party and Leader of the Opposition. He has been the Member of Parliament (MP) for the South Yorkshire constituency of Doncaster North since 2005 and served in the Cabinet from 2007 to 2010 under Prime Minister Gordon Brown.

Born in London, Miliband graduated from the University of Oxford and the London School of Economics, becoming first a television journalist and then a Labour Party researcher, before rising to become one of Chancellor Gordon Brown's confidants and Chairman of HM Treasury's Council of Economic Advisers.

As Prime Minister, Gordon Brown appointed Miliband as Minister for the Cabinet Office and Chancellor of the Duchy of Lancaster on 28 June 2007. He was subsequently promoted to the new post of Secretary of State for Energy and Climate Change, a position he held from 3 October 2008 to 12 May 2010. On 25 September 2010, he was elected Leader of the Labour Party.

FULL ARTICLE AT WIKIPEDIA.ORG
This article is licensed under the GNU Free Documentation License.
It uses material from the Wikipedia article "Ed Miliband."
Back to Article
/