U.S. News // 3 years ago
Trump releases some, not all, JFK assassination documents
The National Archives on Thursday published 2,800 previously secret documents related to the assassination of President John F. Kennedy 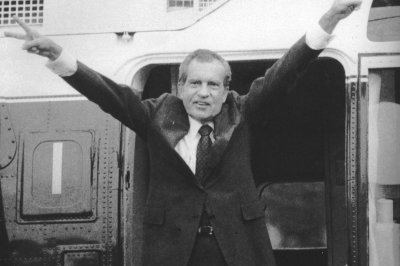 U.S. News // 3 years ago
Watergate at 45: The break-in that brought down the Nixon White House
What morphed into perhaps the greatest political catastrophe in American history grew out of a small Washington, D.C., office exactly 45 years ago Saturday.

Everette Howard Hunt, Jr. (October 9, 1918 – January 23, 2007) was an American author and intelligence officer. He worked for the Central Intelligence Agency (CIA) and later the White House under President Richard Nixon. Hunt, with G. Gordon Liddy and others, was one of the White House's "plumbers" — a secret team of operatives charged with fixing "leaks." Information disclosures had proved an embarrassment to the Nixon administration when defense analyst Daniel Ellsberg sent a series of documents, which came to be known as the Pentagon Papers, to The New York Times.

Hunt, along with Liddy, engineered the first Watergate burglary. In the ensuing Watergate Scandal, Hunt was convicted of burglary, conspiracy, and wiretapping, eventually serving 33 months in prison.

In 2007 his son released an audio tape of Hunt naming President Lyndon B. Johnson and others as the orchestrators of the John F. Kennedy assassination.

FULL ARTICLE AT WIKIPEDIA.ORG
This article is licensed under the GNU Free Documentation License.
It uses material from the Wikipedia article "E. Howard Hunt."
Back to Article
/