Horse Racing // 3 years ago
UPI Horse Racing Roundup
Songbird soars away from another field; Connect defeats Kentucky Derby heros in the Pennsylvania Derby; Black Heart Bart sets up a showdown with Winx in Australia -- and much more in weekend racing 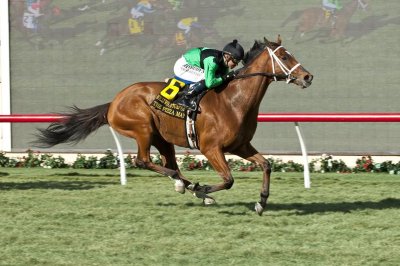 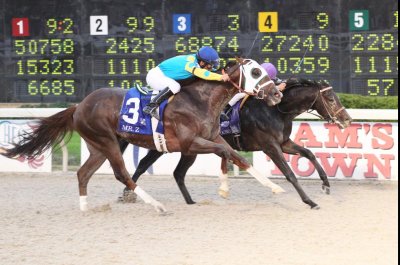 Though lovers be lost love shall not; And death shall have no dominion

It's a tragedy that more than 35 million people in this country alone -- 12 million of those children -- often go to bed hungry and wake up each morning unsure of where their next meal is coming from. I join the good people of Feeding America in the hope that our efforts can bring some food security to people in need during this holiday season 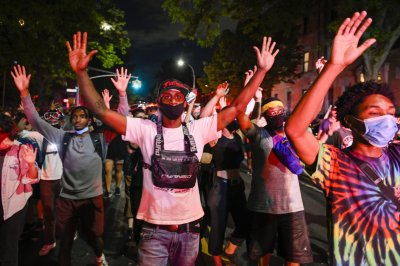 Dylan Marlais Thomas (27 October 1914 – 9 November 1953) was a Welsh poet and writer who wrote exclusively in English. In addition to poetry, he wrote short stories and scripts for film and radio, which he often performed himself. His public readings, particularly in America, won him great acclaim; his sonorous voice with a subtle Welsh lilt became almost as famous as his works. His best-known works include the "play for voices" Under Milk Wood and the celebrated villanelle for his dying father, "Do not go gentle into that good night". Appreciative critics have also noted the superb craftsmanship and compression of poems such as "In my Craft or Sullen Art" and the rhapsodic lyricism of "Fern Hill'".

Dylan Thomas was born at 5 Cwmdonkin Drive in the Uplands area of Swansea, South Wales, on 27 October 1914 just a few months after the Thomas family had bought the house. Uplands was, and still is, one of the more affluent areas of the city, away from the more industrial areas. His father, David John ('DJ') Thomas, was an English master who taught English literature at the local grammar school. His mother, Florence Hannah Thomas (née Williams), was a seamstress born in Swansea. Nancy, Thomas's sister, was nine years older than he. Their father brought up both children to speak English only, even though both parents also knew Welsh and DJ was known to give Welsh lessons at home.

Dylan is pronounced ˈdəlan in Welsh, and in the early part of his career some announcers introduced him using this pronunciation. However, Thomas himself favoured the anglicised pronunciation English pronunciation: /ˈdɪlən/. A review of a biography by Andrew Lycett (2004) notes "Florence, the boy’s mother, had her doubts about the odd name: the correct Welsh pronunciation, which the family used, is “Dullan,” and she worried that other children would tease him by calling him “dull one.” Later, when broadcasting on the Welsh service of the BBC, Dylan Thomas had to instruct the announcers to say “Dillan,” the way he himself pronounced it". His middle name, Marlais, was given to him in honour of his great-uncle, Unitarian minister William Thomas, whose bardic name was Gwilym Marles.

FULL ARTICLE AT WIKIPEDIA.ORG
This article is licensed under the GNU Free Documentation License.
It uses material from the Wikipedia article "Dylan Thomas."
Back to Article
/