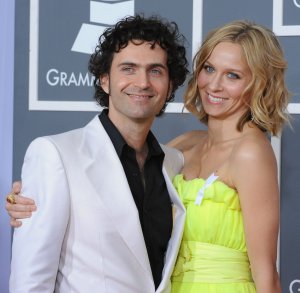 Top News // 3 years ago
The Almanac
On Sept. 5, 1997, Mother Teresa died at age 87. Nineteen years later she was canonized as a saint in the Roman Catholic Church.

I hoped the event would be a hit but never imagined how big it would get. I am honored to have Skylar's name remembered with an event that helps kids

Zappa was born in Los Angeles, California, the son of Adelaide Gail Sloatman, who worked in business, and musician Frank Zappa. He is the second of four siblings: his older sister, Moon Unit, younger sister Diva and younger brother Ahmet. He is the cousin of actress Lala Sloatman. Zappa's father was of Sicilian, Greek-Arab and French descent and his mother was of Danish, French, Irish and Portuguese ancestry.

Dweezil's registered birth name was Ian Donald Calvin Euclid Zappa, although this occurred only because the hospital at which he was born refused to register him under the name Dweezil. The name was a nickname coined by Frank for an oddly-curled pinky-toe of Gail's. He was always called "Dweezil" by his family and was unaware that this was not the name on his birth certificate. Upon this discovery at the age of five, he insisted on having his nickname become his legal name. Gail and Frank hired an attorney and soon the name Dweezil was official.

FULL ARTICLE AT WIKIPEDIA.ORG
This article is licensed under the GNU Free Documentation License.
It uses material from the Wikipedia article "Dweezil Zappa."