NHL // 2 years ago
Devils hope for better outcome vs. Predators
This kind of deja vu, the New Jersey Devils can do without. 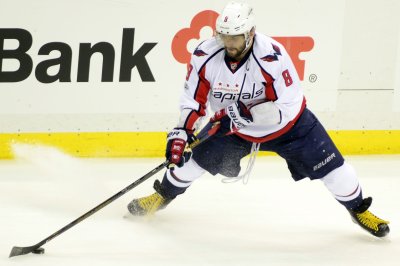 NHL // 4 years ago
Clarke MacArthur lifts Ottawa Senators to series victory over Boston Bruins
BOSTON -- Clarke MacArthur was on his way to retirement, having moved to Florida thinking his playing days were gone because of concussions.

NHL // 4 years ago
Ottawa Senators beat Boston Bruins in shootout, clinch 2017 NHL playoff berth
BOSTON -- The Ottawa Senators accomplished all kinds of things Thursday night, and they did it without their best player.

NHL // 4 years ago
NHL roundup: recap, scores, notes for every game played on March 11
WINNIPEG, Manitoba -- Brian Elliott stopped 31 shots for his second shutout in three nights as the Calgary Flames rattled off their ninth consecutive victory with a 3-0 decision over the Winnipeg Jets on Saturday.

NHL // 4 years ago
NHL roundup: recap, scores, notes for every game played on March 8
WINNIPEG, Manitoba -- Nick Bonino led the way with a hat trick and Evgeni Malkin added a pair while Matt Murray overcame a shaky start to turn aside 32 shots in the Pittsburgh Penguins 7-4 win over the Winnipeg Jets on Wednesday.

Drew Stafford (born October 30, 1985) is an American ice hockey forward currently playing for the Buffalo Sabres of the National Hockey League (NHL). He started playing hockey at an early age and played for the Waukesha Warhawks in Waukesha, Wisconsin, playing with local area legends Todd Rose and Damian Carrasco-Zanini. He then went on to play for the American Hockey League's Rochester Americans before being called up to the National Hockey League to play for the Buffalo Sabres on November 5, 2006.

Stafford is the nephew of the Edmonton Oilers head equipment manager Barrie Stafford. His Father, Gordie, had also played professional hockey in the International Hockey League.

Stafford spent one year in St. Albert, Alberta, playing for the St. Albert Bantam AA Flyers. During this season (1999–2000) he finished 3rd in league scoring with 26 goals and 47 points in 30 league games, and led his team to a provincial berth. At the conclusion of the season Stafford was selected to participate in Hockey Alberta's elite development program as a member of the Northwest Sharks in the 2000 Pioneer Chrysler Alberta Cup.

FULL ARTICLE AT WIKIPEDIA.ORG
This article is licensed under the GNU Free Documentation License.
It uses material from the Wikipedia article "Drew Stafford."
Back to Article
/