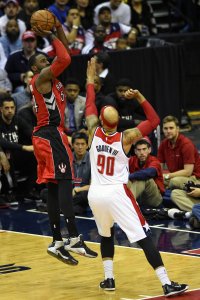 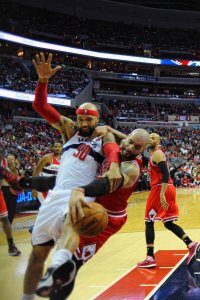 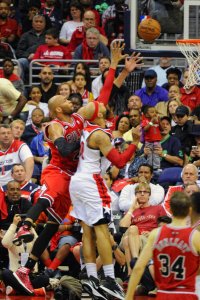 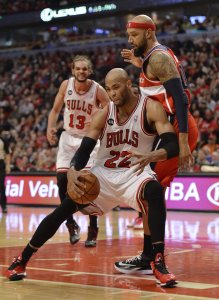 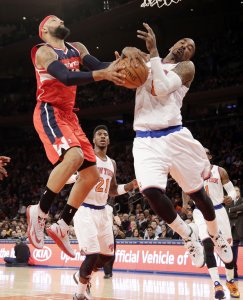 Sports News // 5 years ago
Wizards go small, come up with big win
WASHINGTON -- Small ball is all the rage in the NBA these days. By necessity over design, the Washington Wizards took the modern look to the extreme against the Phoenix Suns and earned a big win.

The main focal point of my decision was my own

I liked it because it was up and down, even though we were beating each other back and forth for layups

Andrew Melvin "Drew" Gooden (born September 24, 1981 in Oakland, California) is an American professional basketball player in the NBA who plays for the Milwaukee Bucks. Gooden is a 6'10", 250 lbs. power forward who played collegiately at the University of Kansas.

Before Gooden played the center position at El Cerrito High School, he attended Bloomington High School in Bloomington, Illinois for a half semester in his freshman year. After going back to California, he, as a senior, led his Gauchos to the 1999 California Interscholastic Federation Boys Division III championship game. Washington Union High School (led by NBA guard DeShawn Stevenson) won the championship game over El Cerrito HS by a score of 77–71.

Gooden joined fellow freshmen Nick Collison and Kirk Hinrich for the 1999–2000 season. Although at times Gooden was frustrated with the way things were going his freshman year, he finally adjusted to coach Roy Williams' system.

FULL ARTICLE AT WIKIPEDIA.ORG
This article is licensed under the GNU Free Documentation License.
It uses material from the Wikipedia article "Drew Gooden."
Back to Article
/