Top News // 10 months ago
The Almanac
On Nov. 7, 1919, on the second anniversary of the Russian Revolution, the first Palmer Raid results in the roundup of more than 10,000 suspected communists.

Top News // 10 months ago
On This Day: Palmer Raids against communists begin
On Nov. 7, 1919, on the second anniversary of the Russian Revolution, the first Palmer Raid results in the roundup of more than 10,000 suspected communists. 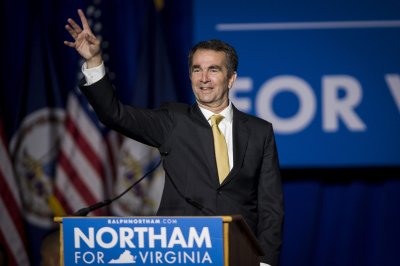 To be taken seriously, he's got to dispel the notion, with all due respect for the gentlemen, that he's not another Al Sharpton or Jesse Jackson

Lawrence Douglas "Doug" Wilder (born January 17, 1931) is an American politician, the first African American to be elected as governor of Virginia, and the second to serve as governor of a U.S. state. Wilder served as the 66th Governor of Virginia from 1990 to 1994. When earlier elected as Lieutenant Governor, he was the first African American elected to statewide office in Virginia. His most recent political office was Mayor of Richmond, Virginia, which he held from 2005 to 2009.

Wilder was born in Richmond, the seventh of eight children of Robert and Beulah (Richards) Wilder. The grandson of American slaves, he was named after poet Paul Laurence Dunbar and abolitionist Frederick Douglass. He attended George Mason Elementary School and Armstrong High School, then racially segregated. He did his undergraduate work at Virginia Union University, where he graduated with a degree in chemistry in 1951. Wilder is a prominent life member of Omega Psi Phi Fraternity, Inc., an intercollegiate Greek-letter fraternity established by and for African Americans.

Wilder served in the Korean War, earning a Bronze Star for heroism at Pork Chop Hill. He rose to leadership in his first experience in an integrated organization, as President Truman had desegregated the military in 1948. After his service, Wilder earned a law degree at Howard University School of Law under the G.I. Bill. Virginia university law schools did not then admit African Americans. He graduated in 1959 and returned to Richmond to co-found the law firm of Wilder, Gregory, and Associates.

FULL ARTICLE AT WIKIPEDIA.ORG
This article is licensed under the GNU Free Documentation License.
It uses material from the Wikipedia article "Douglas Wilder."
Back to Article
/