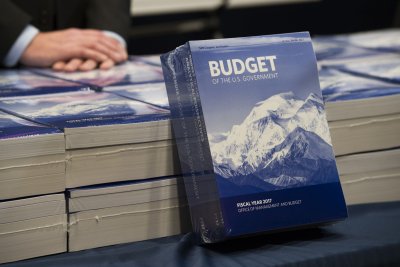 For a group that claims it wants to be judged by history, there is no evidence on the economic policy front that that was the view

The Democrats are going to have to put out some specifics

Holtz-Eakin was born and raised in suburban Pittsburgh, Pennsylvania, where his Navy-veteran father worked as a steel plant manager. He received a B.A. in economics and mathematics from Denison University in 1980 and a Ph.D in economics from Princeton University in 1985. He established his career with academic appointments at Princeton (1984-89) and Columbia University (1985-90). From August 1989 to July 1990, Holtz-Eakin served as a Senior Staff Economist on President George H.W. Bush's Council of Economic Advisers . From 1986 to 2001 he also served as a Faculty Research Fellow and Research Associate at the National Bureau of Economic Research. Holtz-Eakin was tenured faculty at the Maxwell School of Citizenship and Public Affairs at Syracuse University from 1990 to 2003, where he was appointed Professor in 1995 and Chair of the Department of Economics from 1997 to 2001. From 2001-2002, he was Chief Economist for the Council of Economic Advisers to President George W. Bush .

In 2003, Holtz-Eakin left Syracuse University and the Council of Economic Advisers to become Director of the Congressional Budget Office. Under his leadership, the budget office undertook a study of tax rates, which found that any new revenue that tax cuts brought in paled in comparison with their cost. He left the appointment in 2005.

FULL ARTICLE AT WIKIPEDIA.ORG
This article is licensed under the GNU Free Documentation License.
It uses material from the Wikipedia article "Douglas Holtz-Eakin."
Back to Article
/