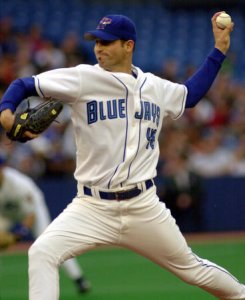 Odd News // 3 years ago
Ohio rescuers working to free deer from plastic pumpkin
Animal rescuers in Ohio said they are trying to help a deer spotted with a plastic Halloween pumpkin stuck on its face.

Douglas N. "Doug" Davis (born September 21, 1975, in Sacramento, California) is a pitcher in Major League Baseball for the Chicago Cubs.

Davis was born in Sacramento, California, and went to Northgate High School (Walnut Creek, California), where he played football and baseball. He was drafted by the Los Angeles Dodgers following his senior year in high school, but did not sign.

Davis then attended Diablo Valley College, where he played baseball. Later, he attended the City College of San Francisco; he earned Second Team All-Conference honors as a pitcher in his junior season.

FULL ARTICLE AT WIKIPEDIA.ORG
This article is licensed under the GNU Free Documentation License.
It uses material from the Wikipedia article "Doug Davis."
Back to Article
/