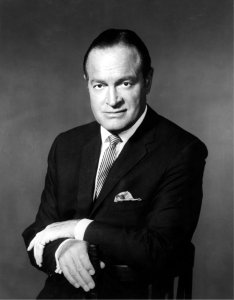 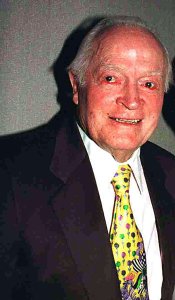 Dorothy Lamour (December 10, 1914 – September 22, 1996) was an American film actress. She is probably best-remembered for appearing in the Road to... movies, a series of successful comedies co-starring Bob Hope and Bing Crosby.

Lamour was born Mary Leta Dorothy Slaton in New Orleans, Louisiana, the daughter of Carmen Louise (née LaPorte) and John Watson Slaton, both of whom were waiters. Lamour had French Louisianan ethnicity from her maternal side; she was often mistaken to be of South American descent, though her BIO was mentioned on the Hispanic Hollywood channel. She did however, have ancestors from Spain and was also part Irish. Her parents' marriage lasted only a few years, with her mother re-marrying to Clarence Lamour, and Dorothy took his last name. The marriage also ended in divorce when Dorothy was a teenager. The family finances were so desperate that when she was 15, she forged her mother's name to a document that authorized her to drop out of school. Later, however, she did go to a secretarial school that did not require her to have a high school diploma. She regarded herself as an excellent typist and usually typed her own letters, even after she became quite wealthy.

After she won the 1931 Miss New Orleans beauty contest, she and her mother moved to Chicago, where Lamour earned $17 a week as an elevator operator for the Marshall Field department store on State Street. She had no training as a singer but was persuaded by a friend to try out for a female vocalist's spot with Herbie Kay, a band leader who had a national radio show called "The Yeast Foamers", apparently because it was sponsored by Fleischmann's Yeast.

FULL ARTICLE AT WIKIPEDIA.ORG
This article is licensed under the GNU Free Documentation License.
It uses material from the Wikipedia article "Dorothy Lamour."