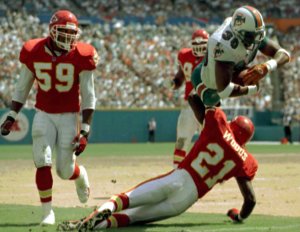 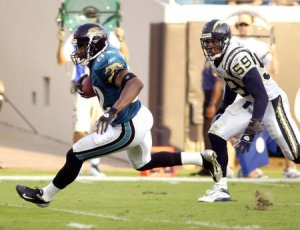 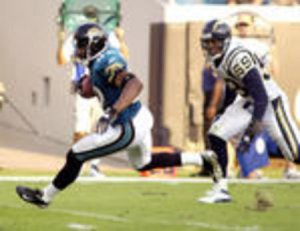 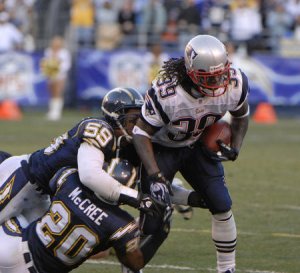 Donnie Edwards, Jr. (born April 6, 1973 in Chula Vista, California) is an American football linebacker who is currently a free agent. He was drafted by the Kansas City Chiefs in the fourth round of the 1996 NFL Draft. He played college football at UCLA.

Edwards has also played for the San Diego Chargers.

At UCLA, Donnie Edwards left school ranked third in tackles for losses in school history with 38, and fifth in sacks in the school's history, with 21.5 sacks. He also tied the school record for sacks in a game with 4.5 sacks versus Southern Methodist University, and ranks second in school history for sacks in a single season, with 12.5 sacks. Following his junior year, he won third team All-America honors. He also played baseball as a junior at first base and third base.

FULL ARTICLE AT WIKIPEDIA.ORG
This article is licensed under the GNU Free Documentation License.
It uses material from the Wikipedia article "Donnie Edwards."
Back to Article
/