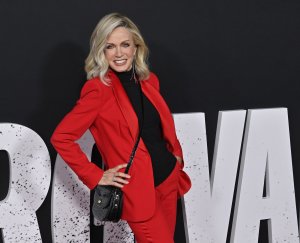 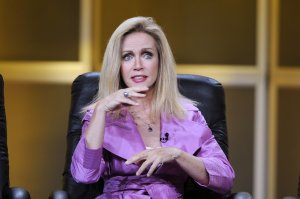 If they didn't know who I was, they knew that I was a celebrity

Donna Mills (born December 11, 1942, Chicago, Illinois) is an American actress. Among her many television appearances was a continuing role as Abby Cunningham on the primetime soap opera Knots Landing.

Born as Donna Jean Miller in Chicago, she graduated from Garvey Elementary School and Taft High school. Due to being double-promoted at Garvey, she graduated from Taft at an early age. From there, Donna attended the where she was a member of Delta Gamma sorority. She completed one year of course work and left to pursue an acting career. She gained some early stage experience in the late 1950s.

Mills began her acting career on television with a guest role on the CBS daytime soap opera The Secret Storm in 1966. Following this she gained a regular role as ex-nun Laura Donnelly on the daytime soap opera Love is a Many Splendored Thing, a role she played from 1967 to 1970. Mills appeared on Broadway in Woody Allen's comedy, Don't Drink the Water, as the Sultan of Bashir's wife.

FULL ARTICLE AT WIKIPEDIA.ORG
This article is licensed under the GNU Free Documentation License.
It uses material from the Wikipedia article "Donna Mills."