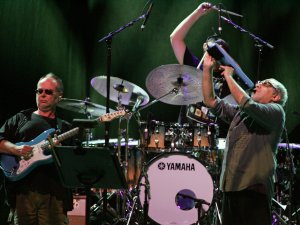 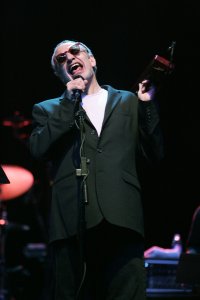 Top News // 5 years ago
The Almanac
On Jan. 10, 1878, a constitutional amendment that would give women the right to vote was introduced into the U.S. Senate. It wasn't until 42 years later that the amendment was enacted.

Top News // 6 years ago
The Almanac
On Jan. 10, 1957, "six dynamite blasts heavily damaged four Negro churches and the homes of two ministers" in Montgomery, Ala.

After the 'Everything Must Go' album, we decided to take some time off

There's that sort of impulse to do something really nutty. But when we get down to it, the songs kind of take over and we gravitate back to a sort of classic instrumentation and sound

Donald Jay Fagen (born January 10, 1948) is an American musician and songwriter, best known as the co-founder, lead singer, and the principal songwriter (along with partner Walter Becker) of the jazz-influenced rock band Steely Dan. Fagen is known for his use of complex jazz harmonies, elaborate arrangements, and exacting attention to detail––all anomalies in the pop-rock genre. Fagen launched a successful, if sporadic solo career in 1982, spawning three albums to date.

Fagen was born in Passaic, New Jersey on January 10, 1948 to Joseph "Jerry" Fagen and his wife Elinor. The family was of the Jewish faith. Joseph worked as an accountant. From the ages of 12 to 17, Elinor sang in a hotel band in upstate New York's Catskill Mountains until bouts of stage fright (a condition her son would later be afflicted with) forced her to discontinue performing live. Donald would later recall: "I can't ever remember when there was silence around the house. She was either playing records or singing."

Around 1958, the Fagen family moved from Passaic to the suburb of Fair Lawn, New Jersey. The transition greatly upset Donald, and he detested living in the suburbs. He would later tell an interviewer that it "was like a prison. I think I lost faith in judgement… It was probably the first time I realised I had my own view of life." Living in Fair Lawn would later inspire tracks on his album The Nightfly.

FULL ARTICLE AT WIKIPEDIA.ORG
This article is licensed under the GNU Free Documentation License.
It uses material from the Wikipedia article "Donald Fagen."