Odd News // 2 years ago
Disney dream house for sale in Florida
A Florida home listed for sale online is going viral not for its unassuming exterior, but for the Disney wonderland contained inside. 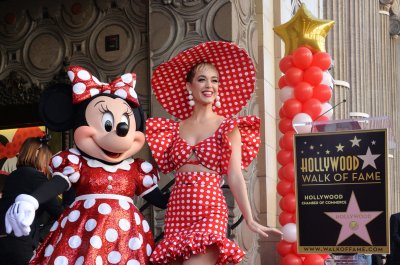 TV // 3 years ago
'DuckTales' revival to debut with one-hour movie on Aug. 12
"DuckTales" is to return with a one-hour, television movie Aug. 12 on Disney XD.

Donald Fauntleroy Duck is an American cartoon character created by Walt Disney and Dick Lundy and licensed by the Walt Disney Company. Donald is an anthropomorphic white duck with a yellow-orange bill, legs, and feet. He typically wears a sailor suit with a cap and a black or red bow tie. Donald's most famous personality trait is his easily provoked and explosive temper. Along with his friend Mickey Mouse, Donald is one of the most popular Disney characters and was included in TV Guide's list of the 50 greatest cartoon characters of all time in 2002.

According to the Disney canon, Donald's birthday is officially recognized as June 9, 1934, the day his debut film, The Wise Little Hen, was released. However, in The Three Caballeros (1944), his birthday is given as simply "Friday the 13th", which is in reference to the bad luck he experiences in almost all his cartoon appearances. Donald's Happy Birthday (short) gives his birthday as March 13. The 1942 short "Donald Gets Drafted", as well as the Quack Pack episode All Hands on Duck, also reveals his full name to be Donald Fauntleroy Duck. Donald Duck is a well-known and very popular character especially in Scandinavian countries. Donald's 1942 short film, Der Fuehrer's Face, won the Academy Award for Animated Short Film.

Donald's voice, one of the most identifiable voices in all of animation, was performed by voice actor Clarence "Ducky" Nash up to his death in 1985. It was largely this semi-intelligible speech that would cement Donald's image into audiences' minds and help fuel both Donald's and Nash's rise to stardom. In 1969, Disney On Parade which toured all over the United States and Canada, hired Valeria G. as the live voice of Donald Duck. Ms. Valeria did the voice for 3 years. Since 1985, Donald has been voiced by Tony Anselmo, who was trained by Nash for the role.

FULL ARTICLE AT WIKIPEDIA.ORG
This article is licensed under the GNU Free Documentation License.
It uses material from the Wikipedia article "Donald Duck."
Back to Article
/