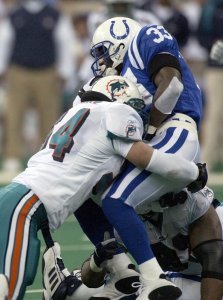 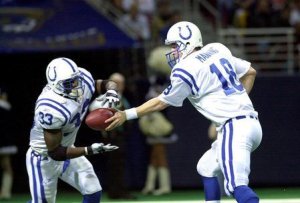 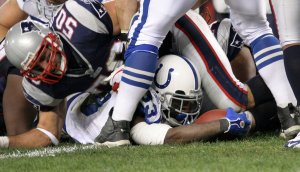 NFL // 1 year ago
NFL Notebook: Brady confirms he will play next year
New England Patriots quarterback Tom Brady said he plans to continue playing in 2019 and beyond.

We could have won this game, but we gave it away

I felt like it was a coming-out game for me

After attending Abilene Cooper High School, Rhodes was recruited by many major college programs including Texas Tech University and Texas Christian University. He signed instead with Tyler Junior College in Tyler, Texas. Rhodes played two years at Tyler Junior College, where he earned All-America honors and twice was named an all-conference selection. Rhodes then attended Midwestern State University where he was a standout running back.

FULL ARTICLE AT WIKIPEDIA.ORG
This article is licensed under the GNU Free Documentation License.
It uses material from the Wikipedia article "Dominic Rhodes."
Back to Article
/