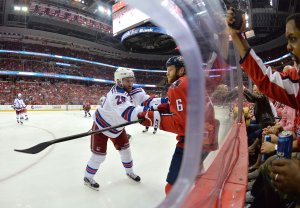 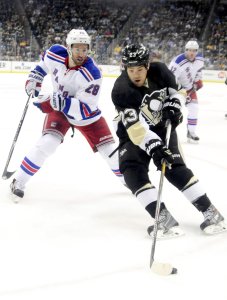 NHL // 5 years ago
2017 NHL playoffs preview: Medical report holds clues to Ottawa Senators, Boston Bruins opener
One day before the start of the first-round playoff series, the Boston Bruins and Ottawa Senators were waiting for team doctors to help them finalize their rosters.

NHL // 5 years ago
NHL roundup: recap, scores, notes for every game played on March 23
WASHINGTON -- Washington's T.J. Oshie scored the only goal during a shootout, and the Capitals defeated the Columbus Blue Jackets 2-1 on Thursday.

NHL // 5 years ago
Ottawa Senators score important win over Boston Bruins
BOSTON -- A weekend failure in a home-and-home series with the Montreal Canadiens made Tuesday night's game in Boston even bigger for the Ottawa Senators.

NHL // 5 years ago
NHL roundup: recap, scores, notes for every game played on March 20
NASHVILLE, Tenn. -- Ryan Ellis scored two goals and Pekka Rinne stopped 25 shots Monday night as the Nashville Predators warmed up after a sluggish first period for a 3-1 win over the Arizona Coyotes in Bridgestone Arena.

Prior to his professional career, Moore played for the Harvard Crimson in the ECAC, as did his two brothers, Mark and Steve. In 1999–2000, Dominic joined both older brothers on the Harvard Crimson ice hockey team, marking the first-ever brother trio in school history to play at the same time. Moore is currently ranked eleventh in all-time scoring at Harvard; he is tenth on the school's all-time goal-scoring list

Moore began his professional career in the 2003–04 NHL season, in which he split time between the New York Rangers and their minor league affiliate, the Hartford Wolf Pack of the American Hockey League (AHL).

FULL ARTICLE AT WIKIPEDIA.ORG
This article is licensed under the GNU Free Documentation License.
It uses material from the Wikipedia article "Dominic Moore."