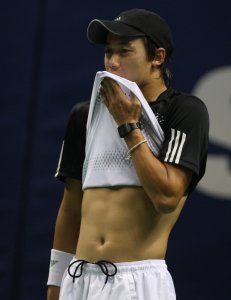 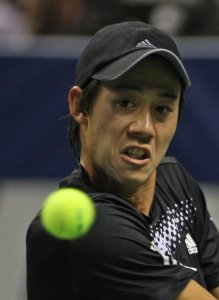 It's not easy, you know, to come on and off. Conditions are really slow and wet and everything

Diego Hartfield (born January 31, 1981 in Oberá, Misiones), nicknamed El Gato Hartfield (Hartfield the Cat in Spanish) is a tennis player on the ATP Tour from Argentina. His first tour-level match was against world number one Roger Federer in the first round of the French Open in 2006. Hartfield lost to Federer in straight sets, but pushed the world number one in each of the sets they played. In June 2006, Hartfield advanced to the third, and final, qualifying round of Wimbledon, but was defeated by Kevin Kim. He reached his first semifinal in Buenos Aires during the 2007 Telmex Cup but lost against Alessio di Mauro (6–1, 6–4).

FULL ARTICLE AT WIKIPEDIA.ORG
This article is licensed under the GNU Free Documentation License.
It uses material from the Wikipedia article "Diego Hartfield."
Back to Article
/