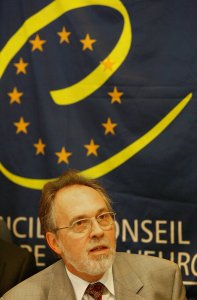 Top News // 3 years ago
The Almanac
On Jan. 30, 1933, Adolf Hitler was sworn in as chancellor of Germany.
Odd News // 6 years ago
The almanac
UPI Almanac for Thursday, Jan. 30, 2014.
Odd News // 7 years ago
The almanac
UPI Almanac for Wednesday, Jan. 30, 2013.
Odd News // 8 years ago
The almanac
UPI Almanac for Monday, Jan. 30, 2012.
Entertainment News // 9 years ago
People in the news
The latest news on today's hottest celebrities ...
TV // 9 years ago
Actor Alan Sues dead at 85
Actor and comedian Alan Sues has died of an apparent heart attack at his West Hollywood home, his representatives said. He was 85.
Entertainment News // 1 decade ago
NBC: Martin was a giant in TV history
NBC Universal said it will remember U.S. comedian Dick Martin, who died during the weekend, as a force who helped change television.
Entertainment News // 1 decade ago
Television comedian Dick Martin dies
Legendary television comedian Dick Martin, who teamed with Dan Rowan on the 1960s hit show "Laugh-In," has died in California, his publicist said Sunday.
Entertainment News // 1 decade ago
Emmy-winning writer Jack Hanrahan dies
Jack Hanrahan, who won accolades as a Hollywood writer only to end up living in a homeless shelter, died in a Cleveland nursing home Tuesday at age 75.

I gotta be honest with you Dick. I'll give you 24 hours

Dickinson P. Martin (June 29, 1927 – February 14, 1990) was an artist from Chicago who illustrated a number of books related to The Oz books series, most notably, Merry Go Round in Oz (1963), the 40th and final title in the regular series, as well as many other children's books. He wrote and illustrated The Ozmapolitan of Oz, published in 1986. It and three previous Oz books published by the club were produced in an 8.5 x 11 format at his request so that he could draw fewer illustratons. The size format was unpopular with fans, and in 2006, they were reissued in a format closer to that of the other Oz books.

In addition to books, he designed greeting cards, post cards, and posters.

Some time during the 1960s, he designed new opening titles for His Majesty, the Scarecrow of Oz in which he incorrectly, according to Michael Patrick Hearn, proclaimed that L. Frank Baum was the director. These title cards appear on all current releases of the film, as the originals do not survive.

FULL ARTICLE AT WIKIPEDIA.ORG
This article is licensed under the GNU Free Documentation License.
It uses material from the Wikipedia article "Dick Martin."
Back to Article
/