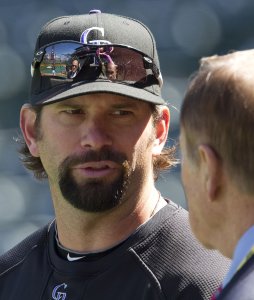 Sports News // 2 years ago
Dick Enberg 'an institution' in sports broadcasting
Dick Enberg, one of sports' most versatile and enduring broadcasters, died Thursday at age 82.

College Basketball // 3 years ago
No. 10 UCLA rally past No. 5 Oregon
LOS ANGELES -- Playing the No. 5 team in the country in front of a sellout crowd gave UCLA star freshman Lonzo Ball an idea of what it will be like in the NCAA Tournament.

Top News // 3 years ago
The Almanac
On Jan. 9, 2007, the world changed when Apple CEO Steve Jobs unveiled the iPhone. 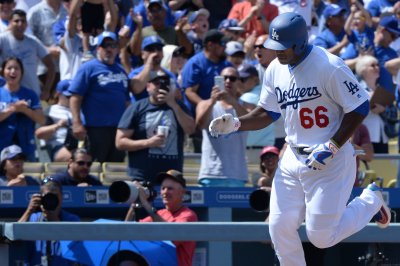 Richard Alan "Dick" Enberg (born January 9, 1935) is an American sportscaster currently employed by the San Diego Padres, CBS, and ESPN. His current duties include play-by-play for Padres telecasts on 4SD and coverage of three Grand Slam professional tennis tournaments for CBS, ESPN and ESPN2. He is well-known for his signature catchphrase ("Oh, my!") that he uses after exciting and outstanding athletic plays.

Enberg was born in Mount Clemens, Michigan. Following high school in Armada, Michigan, he played college baseball and earned a bachelor's degree in 1957 at Central Michigan University. Enberg then went on to graduate school at Indiana University, where he earned master's and doctorate degrees in health sciences. While at Indiana, Enberg voiced the first radio broadcast of the Little 500, the bicycle racing event popularized in the film Breaking Away. He was also the play-by-play announcer for Indiana Hoosiers football and basketball games, and in 1961 called his first NCAA basketball tournament event, the championship game between Cincinnati and Ohio State. From 1961 to 1965 he was an assistant professor and baseball coach at Cal State Northridge, then known as "San Fernando Valley State College."

Dick Enberg is also a member of the fraternity Phi Sigma Kappa.

FULL ARTICLE AT WIKIPEDIA.ORG
This article is licensed under the GNU Free Documentation License.
It uses material from the Wikipedia article "Dick Enberg."
Back to Article
/