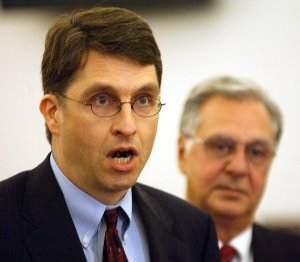 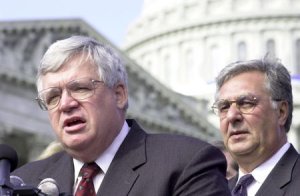 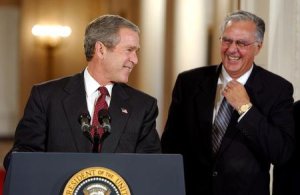 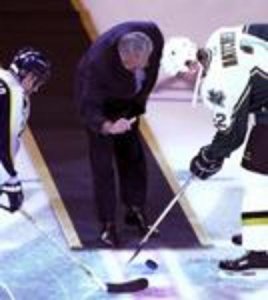 U.S. News // 8 years ago
Armey steps down from FreedomWorks
FreedomWorks confirmed former U.S. House Majority Leader Dick Armey has resigned his post as chairman of the tea party-aligned group.
U.S. News // 8 years ago
Hatch beats back primary challenge
Orrin Hatch, a 36-year veteran of the U.S. Senate, overcame his young challenger in Utah's Republican primary Tuesday, returns indicated.
U.S. News // 8 years ago
Santorum, Gingrich tote Etch A Sketch toys
Mitt Romney's rivals flaunted Etch A Sketches after a Romney aide suggested the U.S. GOP presidential hopeful might change as easily as the toy erases images.
U.S. News // 8 years ago
FreedomWorks no longer opposes Romney
Mitt Romney picked up another high-profile endorsement Wednesday when former Florida Gov. Jeb Bush threw his support behind the Republican presidential hopeful.
U.S. News // 8 years ago
Armey sees Gingrich campaign flagging
Dick Armey, a leader of both the Tea Party and the Republican hierarchy, said Sunday Newt Gingrich's presidential primary campaign may be running out of gas.
U.S. News // 8 years ago
Under the U.S. Supreme Court: Pushing Kagan out of the healthcare case
The clamor for Justice Clarence Thomas to withdraw from hearing the challenge to President Obama's healthcare reform law appears to have died down for the moment, but the pressure on Justice Elena Kagan to get out of the case has been relentless.
U.S. News // 9 years ago
Politics 2012: Of sweaters, apps and polls
You too, can have a sweater vest like the one Republican presidential hopeful Rick Santorum wears. Better voter targeting through technology. Some comic relief in a poll. No love lost for Iowa, New Hampshire.
U.S. News // 9 years ago
Healthcare tops Tea Party debt cut list
People who took part in a Tea Party group's online survey overwhelmingly targeted U.S. healthcare reform law for budget cuts, the group said Tuesday.
Top News // 1 decade ago
Former congressman leaves law firm
Former House Majority Leader Dick Armey said Friday In Washington he is leaving his law firm after negative publicity from his role in organizing protests.
Top News // 1 decade ago
Armey: Cheney misled me on Iraq
Vice President Dick Cheney gave former House Majority Leader Dick Armey misleading information to win his support for the U.S. invasion of Iraq, a book says.

Did Dick Cheney ... purposely tell me things he knew to be untrue? I seriously feel that may be the case

The conservative base has a proven track record of getting discouraged and staying away. They did that in 1992 and they did in 1998

There is a tendency of people, once they're in office, to believe that our base is made up of Tammy Wynette-lookalikes

My decision follows a careful, exhaustive review of the facts and evidence against Saddam Hussein, a series of direct consultations with Cabinet officials and the vice president and an historical review of American foreign policy

Richard Keith "Dick" Armey (pronounced /ˈɑrmi/; born July 7, 1940 in Cando, North Dakota) is a former U.S. Representative from Texas's 26th congressional district (1985–2003) and House Majority Leader (1995–2003). He was one of the engineers of the "Republican Revolution" of the 1990s, in which Republicans were elected to majorities of both houses of Congress for the first time in four decades. Armey was one of the chief authors of the Contract with America. Armey is also an author and former professor. After his congressional career he worked as a consultant and advisor.

Armey was an economics professor at North Texas State University (now the University of North Texas) in Denton and was first elected to the House in 1984 in the 26th District of Texas, defeating freshman congressman Tom Vandergriff in what is still considered a huge upset (Vandergriff is well-known in the Dallas-Fort Worth Metroplex, most notably for bringing Major League Baseball's Texas Rangers to the area). Armey was one of six freshmen Republican Party congressmen elected from Texas in 1984 that were known as the Texas Six Pack. Due to the increasingly Republican tilt of the Metroplex, Armey would never face another tough race and was reelected eight times.

FULL ARTICLE AT WIKIPEDIA.ORG
This article is licensed under the GNU Free Documentation License.
It uses material from the Wikipedia article "Dick Armey."
Back to Article
/