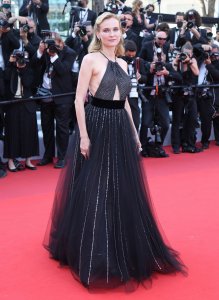 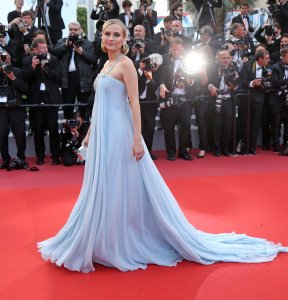 TV // 2 months ago
TNT developing Liam Neeson movie 'Unknown' as series
TNT announced Tuesday that it is developing a series based on the movie "Unknown." The 2011 film starred Liam Neeson, who is executive producing the series with the film's director, Jaume Collet-Serra.

Entertainment News // 2 years ago
Norman Reedus shares first photo of baby daughter
Norman Reedus, who plays Daryl on "The Walking Dead," has posted on Instagram for the first time a photo of his infant daughter.

It's very flattering and, at the same time, it's a little pressure. Everybody has a different idea, I guess, of beauty

Diane Kruger (born 15 July 1976) is a German actress and former fashion model. She is known for roles such as Helen in Troy, Dr. Abigail Chase in National Treasure and its sequel, Bridget von Hammersmark in Inglourious Basterds, Anna in Mr. Nobody, and Gina in Unknown.

Kruger was born as Diane Heidkrüger in Algermissen, Germany, near Hildesheim. She is the daughter of bank employee Maria-Theresa and computer specialist Hans-Heinrich Heidkrüger. She was raised Roman Catholic and attended a Catholic school. Diane did not drink alcohol until she was 20, because she saw the negative influence of alcohol on her father. She was raised in Germany with her younger brother, Stefan. Her mother sent her to student exchange programs when she was a teenager to improve her English. As a child, Kruger wanted to become a ballerina and successfully auditioned for the Royal Ballet School in London. However, after an injury ended her ballet career prematurely, Kruger moved to Paris and turned her energy toward modeling.

Kruger soon became interested in acting and took lessons at the Cours Florent. She landed some small appearances in several French films.

FULL ARTICLE AT WIKIPEDIA.ORG
This article is licensed under the GNU Free Documentation License.
It uses material from the Wikipedia article "Diane Kruger."
Back to Article
/