Top News // 4 years ago
The Almanac
On June 1, 2009, Air France Flight 447 from Rio de Janeiro to Paris plunged into the Atlantic Ocean, killing all 228 people on board. 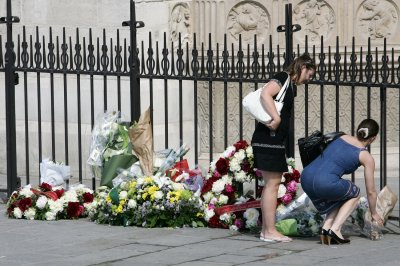 Diana Canova (born Diana Rivero on June 1, 1953 in West Palm Beach, Florida) is an American actress best known for her role of promiscuous daughter Corinne Tate on Soap, a sitcom that parodied soap operas, between 1977 and 1980. Her professional last name is taken from the maiden name of her mother, actress and singer Judy Canova. Raised in the Greater Los Angeles Area, she is a graduate of Hollywood High School.

In 1980, ABC executives offered Canova her own television series, starring alongside Danny Thomas in I'm a Big Girl Now. The show lasted just one season. Canova's acting career entered a slump for years before she was cast as Sandy Beatty in Throb!, a successful sitcom which was broadcast in syndication from 1986 to 1988. She played "Jenny" in a revival of Stephen Sondheim's musical Company in 1995.

FULL ARTICLE AT WIKIPEDIA.ORG
This article is licensed under the GNU Free Documentation License.
It uses material from the Wikipedia article "Diana Canova."
Back to Article
/