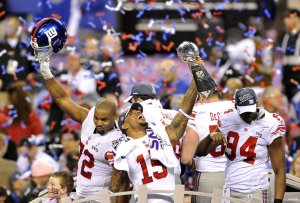 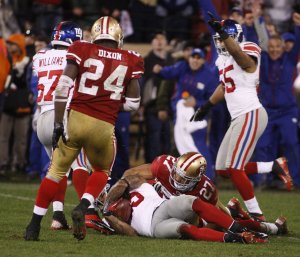 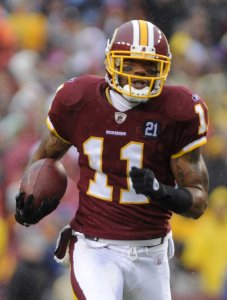 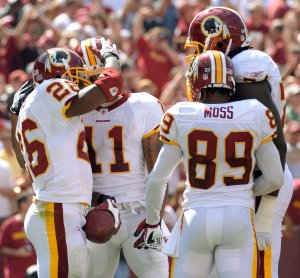 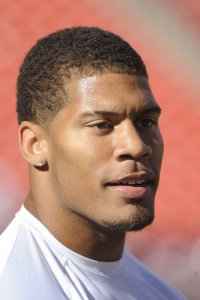 NFL // 3 years ago
2018 NFL Combine exclusive: Top 25 results of century
Two records were set in dramatic fashion and several prospects etched their names among the best performances of the century during the NFL Scouting combine. 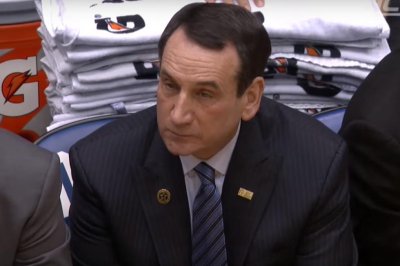 Sports News // 5 years ago
No. 17 Duke pulls out win over Wake Forest
DURHAM, N.C. -- Duke was determined to make sure a recent setback didn't fester.

Sports News // 5 years ago
No. 23 Notre Dame post first-ever win at Wake Forest
Senior power forward Zach Auguste had 18 points and 12 rebounds, and guard Demetrius Jackson scored all 15 of his points in the second half. 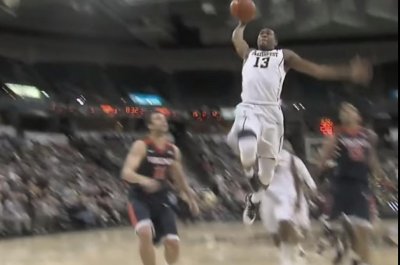 Sports News // 6 years ago
No. 3 Duke hosts Wake Forest in ACC affair
The third-ranked Duke Blue Devils will close out their home schedule on Wednesday evening, as they play host to the Wake Forest Demon Deacons in an ACC matchup at Cameron Indoor Stadium.

Sports News // 6 years ago
No. 3 Duke pulls away to beat Wake Forest
Freshman Justise Winslow scored a season-high 20 points and No. 2 Duke pulled away down the stretch for a 73-65 win over Wake Forest on Wednesday night.
Sports News // 7 years ago
Notre Dame defeats Wake Forest 81-69
Coron Williams scored a season-high 25 points on 7-of-8 shooting to lead Wake Forest to an 81-69 win over Notre Dame in the opening round of the ACC Tournament.
College Basketball // 7 years ago
COL BKB: Duke 83, Wake Forest 63
Jabari Parker scored 21 points and Rasheed Sulaimon tallied 19 for Duke Tuesday in the No. 11 Blue Devils' 83-63 trouncing of Wake Forest.
College Basketball // 7 years ago
COL BKB: Syracuse 67, Wake Forest 57
Tyler Ennis scored 16 of his 18 points in the second half Wednesday to help No. 2 Syracuse pull away for a 67-57 victory over Wake Forest.

Devin Thomas (born November 15, 1986 in Ann Arbor, Michigan) is an American football wide receiver for the Washington Redskins of the National Football League. He played college football at Michigan State.

Thomas attended and played high school football for Canton High School in Canton, Michigan. As a senior he played WR, RB and CB, for Division 1 (Class A) Canton High School. He was named All-State after rushing and receiving for over 1,000 yards and 23 touchdowns and also had seven interceptions all in his senior year.

Thomas attended Coffeyville Community College, where he redshirted in 2004 and played as a freshman in 2005. As a sophomore at Michigan State he had only six catches. Under head coach Mark Dantonio, Thomas played well his junior year with 79 catches, a school record, for 1,260 yards, and eight touchdowns. Thomas decided to forgo his senior year at Michigan State and declare himself eligibile for the 2008 draft.

FULL ARTICLE AT WIKIPEDIA.ORG
This article is licensed under the GNU Free Documentation License.
It uses material from the Wikipedia article "Devin Thomas."
Back to Article
/