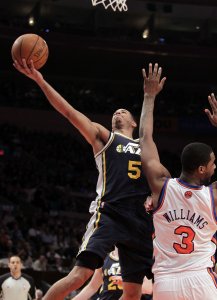 NBA // 1 year ago
Pelicans look to avenge loss to Mavericks
The Dallas Mavericks ended a losing streak by beating the New Orleans Pelicans.

NBA // 1 year ago
Celtics' search for answers continues against Mavericks
Boston found just what it needed in a visit to reeling Atlanta on Friday night.

NBA // 1 year ago
Russell Westbrook still out as Thunder face Mavericks
The Oklahoma City Thunder have managed quite nicely, thank you, without superstar Russell Westbrook. 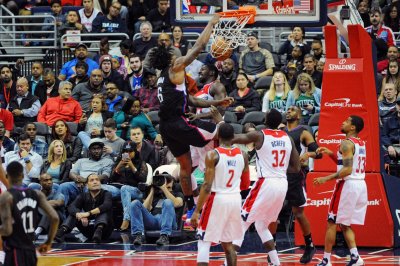 NBA // 2 years ago
Ailing Clippers take on Nuggets
The Los Angeles Clippers have played only two games in the past 13 days and have had the last four days off. It was supposed to be a time when they got healthy, but instead the Clippers are banged up heading into a key matchup in Denver on Tuesday night.

NBA // 2 years ago
Injury-riddled Spurs face retooled, optimistic Nuggets
Losing Paul Millsap for more than three months was tough on the Denver Nuggets. Mason Plumlee then went down, and Denver's frontcourt has been compromised for a couple of weeks.

NBA // 2 years ago
Rockets stand pat with Nuggets coming to town
HOUSTON -- While one championship contender executed a dramatic roster upheaval Thursday, the red-hot Rockets stood pat at the NBA trading deadline with an eye on potentially bolstering their roster after a handful of veterans are sure to secure buyouts of their contracts.

NBA // 2 years ago
Dallas Mavericks look to turn things around against visiting Miami Heat
The latest downturn for the Dallas Mavericks has followed an all-too-familiar script. 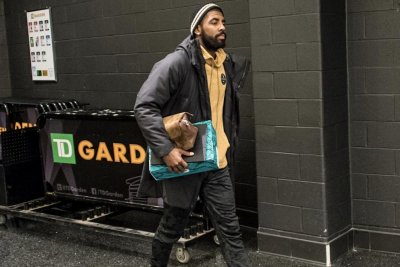 Devin Lamar Harris (born February 27, 1983) is an American professional basketball player for the Utah Jazz of the National Basketball Association (NBA). Harris attended the University of Wisconsin–Madison. Harris was selected with the fifth pick in the 2004 NBA Draft by the Washington Wizards.

Harris was born and raised in Milwaukee, Wisconsin; the son of Terry and Julie Harris. Throughout high school, Harris was a superior athlete and took up basketball and volleyball at Wauwatosa East High School. He played volleyball for only one season, a season in which he gained all-conference honors, before he set that aside to focus on basketball. Harris was nagged by injuries after his sophomore year of high school and was unable to participate in the summer basketball camps and tournaments that are ever important in the recruiting process.

Harris exploded his senior season at Wauwatosa East, setting school scoring records through an undefeated regular season. Harris was named Wisconsin's "Mr. Basketball" for 2001, edging out Travis Diener of Fond du Lac High School. Harris finally accepted an offer to play for Dick Bennett at the University of Wisconsin–Madison. Bennett retired in the midst of the upcoming season and by the time Harris arrived on campus, Bo Ryan was the head coach.

FULL ARTICLE AT WIKIPEDIA.ORG
This article is licensed under the GNU Free Documentation License.
It uses material from the Wikipedia article "Devin Harris."
Back to Article
/