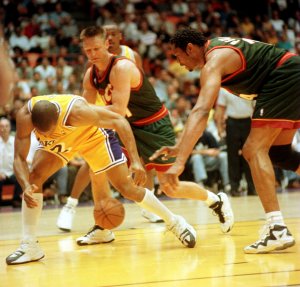 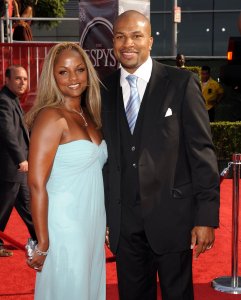 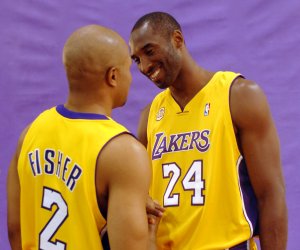 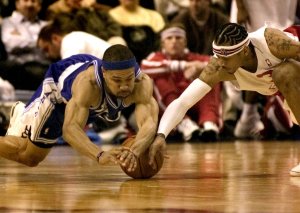 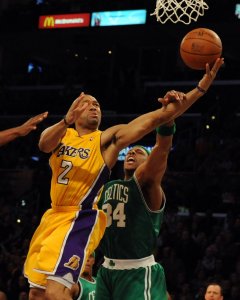 MLB // 7 months ago
Dodgers' Enrique Hernandez beats Blue Jays with walk-off
Vladimir Guerrero Jr. helped the Toronto Blue Jays carry a 2-0 lead into the ninth innings before the Los Angeles Dodgers rallied and pulled off a 3-2 win on the strength of a walk-off single from Enrique Hernandez.

MLB // 10 months ago
Alex Bregman homers twice vs. Cubs, has record 12 May mashes
Houston Astros star Alex Bregman set a team record with his 11th and 12 home runs of the month in a win against the Chicago Cubs. 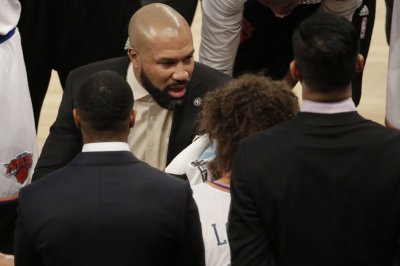 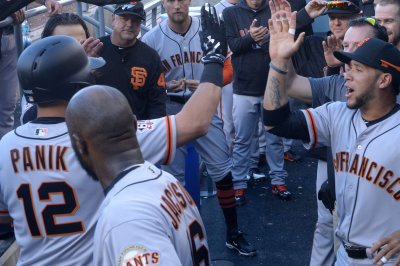 MLB // 1 year ago
Cole, Houston Astros open two-game set vs. San Francisco Giants
Despite their perch atop the American League West, the Astros remain in search of consistent production from a few spots in their lineup.

MLB // 1 year ago
Astros look to get bats going at home vs. Rangers
HOUSTON -- Logic dictates that the Astros, the reigning World Series champions, will resolve their scoring woes at home, or at least close the gap between the productivity and success they enjoy on the road compared to what has transpired thus far at Minute Maid Park. 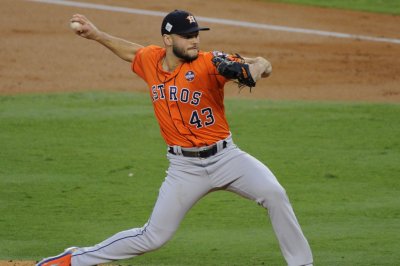 MLB // 1 year ago
Athletics' Manaea faces Astros' McCullers in key matchup
OAKLAND, Calif. -- Lance McCullers Jr. and Sean Manaea are set for a rematch of one of the most unusual games of the 2017 season when the Houston Astros and Oakland Athletics duel for the second time in a three-game series Tuesday night.

NBA // 2 years ago
Matt Barnes announces retirement from NBA
Matt Barnes posted on social media that he is retiring from the NBA. 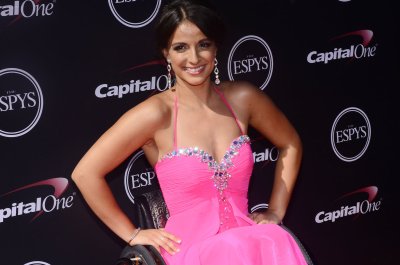 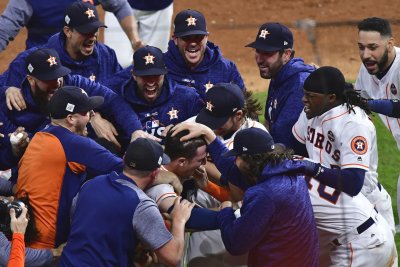 MLB // 2 years ago
World Series: Houston Astros outlast Los Angeles Dodgers in 10-inning shootout
With ball after ball clearing the fences at Minute Maid Park, with wild swings of momentum seemingly accompanying every home run bashed into the frenzied crowd, it was surprising that a single capped one of the zaniest, heart-pounding World Series games in memory. 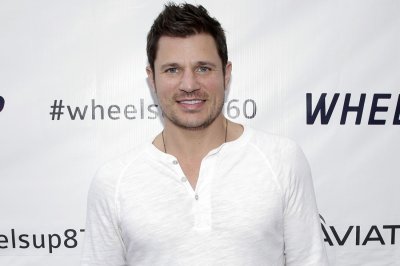 It has been an amazing nine months since August, with Chick Hearn's death all the way to now

Tonight we set the tone early, and those first few minutes in the third period were extremely important

I do think there will be an effort, at least from our part, to have some type of feeling about where this is going by the time we go and talk to our players on Thursday in Las Vegas

At the end of the day, there's one person I could not turn away from

Born in Little Rock, Arkansas, Fisher started out his basketball career at the University of Arkansas at Little Rock. Selected with the twenty-fourth pick by the Los Angeles Lakers in the 1996 NBA Draft, Fisher spent his first eight seasons with the franchise. During that time, he played a role in the Lakers' "three-peat", and was the third-leading scorer on the team behind Kobe Bryant and Shaquille O'Neal. After his success with Los Angeles, Fisher signed with the Golden State Warriors, but was later traded to the Utah Jazz, where he helped lead the team to the Western Conference Finals. Due to his daughter's health, he asked to be released from his contract and rejoined the Lakers in 2007. In 2010, he won his fifth NBA Championship with the Lakers. Only he and Kobe Bryant have played in all five of the Lakers' most recent championships.

As of 2011, Fisher had played in 209 career playoff games, the fourth highest total in NBA history. He ranks second all time in NBA Finals three-pointers made (43), behind former teammate Robert Horry. He has the highest three-point field goal percentage in NBA Finals history (42.6%). The NBA listed his "0.4 Shot" as the 18th-greatest playoff moment of all time.

FULL ARTICLE AT WIKIPEDIA.ORG
This article is licensed under the GNU Free Documentation License.
It uses material from the Wikipedia article "Derek Fisher."
Back to Article
/