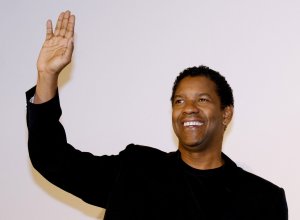 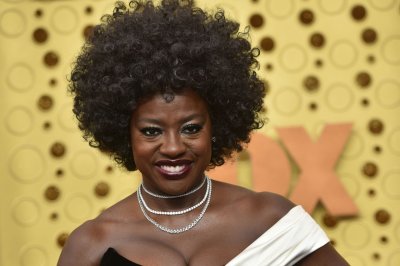 TV // 2 months ago
Paula Patton to reprise 'Sacrifice' role in BET+ series
Paula Patton will reprise her role in the BET+ streaming service's first film, "Sacrifice," which has been picked up as a series, BET announced Monday.

Entertainment News // 4 months ago
Dakota Fanning: Tom Cruise 'went above and beyond' on 11th birthday
Dakota Fanning said her "War of the Worlds" co-star Tom Cruise once threw her a birthday party to remember.

Entertainment News // 8 months ago
Starz: What's coming and going in April 2020
"Once Upon a Time... in Hollywood," "Spider-Man: Far from Home" and new episodes of "Outlander" and "Vida" are headed to Starz.

She saw the first cut in September, and she said she loved it

I wouldn't say that about Frank. I didn't find that to be true

Denzel Hayes Washington, Jr. (born December 28, 1954) is an American actor, screenwriter, director and film producer. He has garnered much critical acclaim for his work in film since the 1990s, including for his portrayals of real-life figures, such as Steve Biko, Malcolm X, Rubin Carter, Melvin B. Tolson, Frank Lucas, and Herman Boone.

Washington has been awarded two Golden Globe awards, a Tony Award and two Academy Awards for his work. He is notable for winning the Best Supporting Actor for Glory in 1990; and the Academy Award for Best Actor in 2002 for his role in the film Training Day.

Denzel Washington was born in Mount Vernon, near New York City, on December 28, 1954. His mother, Lennis "Lynne", was a beauty parlor-owner and operator born in Georgia and partly raised in Harlem. His father, Reverend Denzel H. Washington, Sr., a native of Buckingham County, Virginia, served as an ordained Pentecostal minister, and also worked for the Water Department and a local department store, S. Klein.

FULL ARTICLE AT WIKIPEDIA.ORG
This article is licensed under the GNU Free Documentation License.
It uses material from the Wikipedia article "Denzel Washington."
Back to Article
/