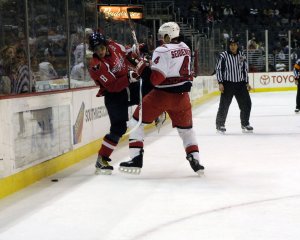 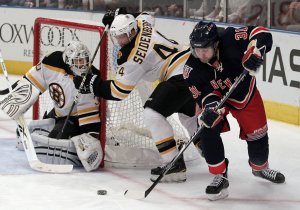 Seidenberg was drafted in the sixth round, 172nd overall, by the Philadelphia Flyers in the 2001 NHL Entry Draft. After spending three years with Adler Mannheim of the Deutsche Eishockey Liga (DEL) in his native Germany, he signed with the Flyers in 2002. Seidenberg spent the next two seasons bouncing between the NHL team and the American Hockey League (AHL)'s Philadelphia Phantoms, but played the entire 2004–05 season with the Phantoms during the lockout, winning the 2005 Calder Cup.

In both seasons after the lockout, Seidenberg was involved in a midseason trade. On January 20, 2006, Seidenberg was sent to the Phoenix Coyotes for Petr Nedvěd; the following year, the Coyotes sent Seidenberg to the Carolina Hurricanes on January 8 in exchange for center Kevyn Adams.

FULL ARTICLE AT WIKIPEDIA.ORG
This article is licensed under the GNU Free Documentation License.
It uses material from the Wikipedia article "Dennis Seidenberg."
Back to Article
/