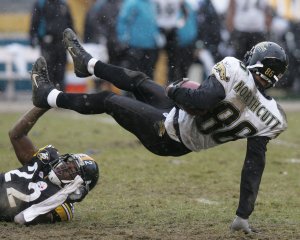 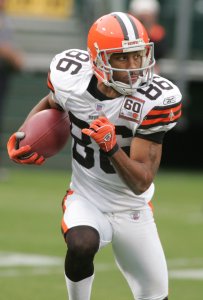 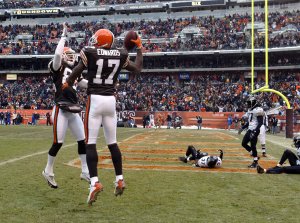 Northcutt attended Washington High School in Los Angeles, then transferred to Dorsey High School in Los Angeles, California, and was a student and a letterman in football and track. In football, as a senior, he was named the City Player of the Year, and made 74 rushing attempts for 900 yards (12.16 yards per rushing attempt avg.) and 23 touchdowns. Dennis Northcutt graduated from Dorsey high School in 1996 with a 3.3 grade point average.

Recruited by the University of Arizona, he earned recognition as one of the best receivers and returners in Wildcats history. He played in Tucson from 1996-99, catching 223 passes for 3,252 yards. Only two other Pac-10 players have had more receptions and receiving yards in their careers. Northcutt also caught passes in 43 straight games, a conference record. In his senior year, he set an Arizona records with 88 receptions for 1,422 yards. His punt-return average that year of 19 yards per return was second in the nation .

FULL ARTICLE AT WIKIPEDIA.ORG
This article is licensed under the GNU Free Documentation License.
It uses material from the Wikipedia article "Dennis Northcutt."