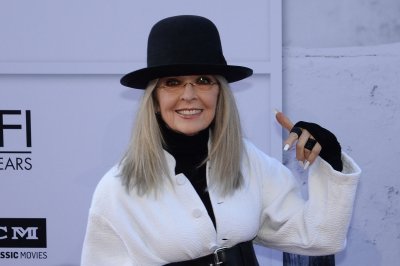 Movies // 4 months ago
Watch: Diane Keaton, Jeremy Irons star in 'Love, Weddings and other Disasters' trailer
Diane Keaton and Jeremy Irons are set to star in a new romantic comedy centered around a weaving tale of love and weddings.

He started his acting career in 1972, and has appeared in such films as the 1976 films Harry and Walter Go To New York and Norman Is That You. In 1979, he was ideally cast as the time-displaced hero in Unidentified Flying Oddball, Disney's updated remake of A Connecticut Yankee in King Arthur's Court. His first notable television appearance was in the Columbo episode "Last Salute to the Commodore", as a young police officer. Then he was the star of the short-lived 1977 series Richie Brockelman, Private Eye, playing a character who originated in a telemovie, and then made guest appearances in the role of Brockelman on The Rockford Files before getting his own show. He also appeared on Empire (1984) and Shadow Chasers (1984), and was a semi-regular as an erstwhile "caped crusader" on Hill Street Blues. Dugan's films credits of the 1980s include the 1987 romantic comedy Can't Buy Me Love and the 1988 film The New Adventures of Pippi Longstocking.

Dugan has also made a career as a television and film director, and appears in cameo parts in many of his films. Films directed by Dennis Dugan include the 1990 comedy Problem Child (with Dugan as an All-American dad), the 2001 comedy Saving Silverman (in which Dugan plays a football referee), the 2003 comedy National Security, and the 1996 and 1999 Adam Sandler comedies Happy Gilmore (in which Dugan plays Doug Thompson, the golf tour supervisor) and Big Daddy (with Dugan as a man who reluctantly gives candy to a trick-or-treating Julian). Dugan has directed episodes of such television series as Moonlighting (was also a guest star in some episodes), Ally McBeal, and NYPD Blue.

FULL ARTICLE AT WIKIPEDIA.ORG
This article is licensed under the GNU Free Documentation License.
It uses material from the Wikipedia article "Dennis Dugan."
Back to Article
/