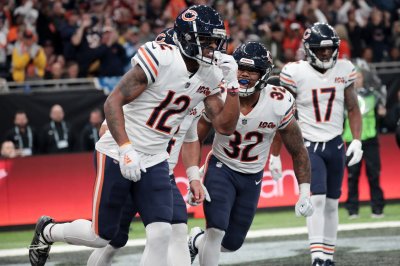 NFL // 8 months ago
Jets QB Sam Darnold out for Monday night due to mononucleosis
The New York Jets will be without Sam Darnold when they face the Cleveland Browns Monday because the quarterback has mononucleosis. 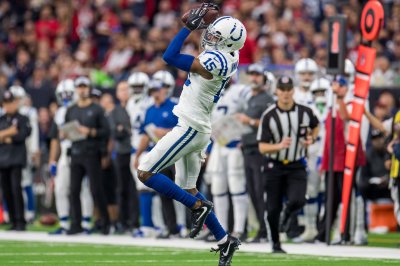 Demaryius Antwon Thomas (born December 25, 1987) is an American football wide receiver for the Denver Broncos of the National Football League. He played college football for the Georgia Tech Yellow Jackets at the Georgia Institute of Technology. Thomas led the team in receiving in all 3 of his seasons at Tech, 2007, 2008, and 2009. He was selected by the Broncos with the 22nd overall selection in the 2010 NFL Draft.

Thomas was born on December 25, 1987 to parents Bobby and Katina Thomas in Montrose, Georgia. He attended West Laurens High School where he played basketball and football as a wide receiver. As a junior in 2004, he recorded 32 receptions for 330 yards and three touchdowns. Thomas was named an all-region and all-Heart of Georgia player. The following season, he recorded 56 receptions for 756 yards and seven touchdowns. After the season, he participated in the North-South All-Star game. Thomas was again selected as an all-region and all-Heart of Georgia, and the Atlanta Journal Constitution named him to its Class AA all-state first team and PrepStar to its All-Region team. Scout.com assessed him as the 22nd-ranked college prospect in the state of Georgia, and Rivals.com rated him the 34th-ranked such prospect. He received scholarship offers from Duke, Georgia, and Georgia Tech.

He chose to attend the Georgia Institute of Technology where he majored in management. Thomas sat out the 2006 season as a redshirt. In 2007, he saw action in all 13 games including 10 starts, and recorded 35 receptions for 558 yards to rank as the leading Georgia Tech receiver by a wide margin. In the 2007 Humanitarian Bowl, he made four receptions for 69 yards and a touchdown. The Sporting News named Thomas to its freshman All-Atlantic Coast Conference (ACC) first team and a freshman All-America honorable mention.

FULL ARTICLE AT WIKIPEDIA.ORG
This article is licensed under the GNU Free Documentation License.
It uses material from the Wikipedia article "Demaryius Thomas."
Back to Article
/