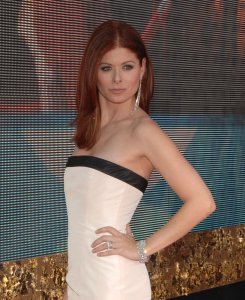 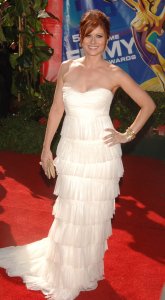 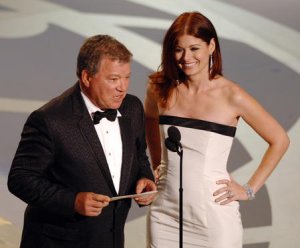 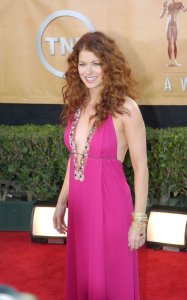 Entertainment News // 6 months ago
'Smash' musical, based on NBC series, coming to Broadway
A musical based on former NBC series "Smash" is being developed for Broadway. 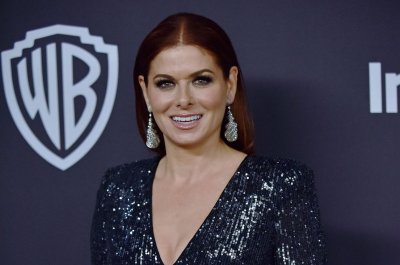 Entertainment News // 7 months ago
What to stream this weekend: 'Trolls World Tour,' 'Tiger King' special
Here's a list of films, TV shows, concerts and video games that will be released this weekend. 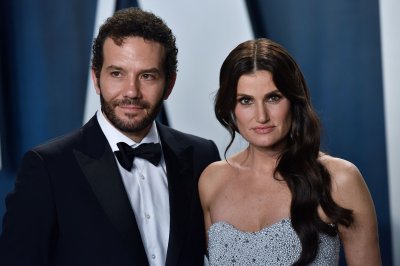 TV // 10 months ago
'Will & Grace': Demi Lovato stars as Will's surrogate
Demi Lovato guest stars as Jenny, a surrogate mom and cam girl, in the third and final season of the "Will & Grace" revival.

TV // 1 year ago
Demi Lovato wears fake baby bump on 'Will & Grace' set
Demi Lovato introduced her pregnant "Will & Grace" character, Jenny, ahead of her debut on the NBC series. 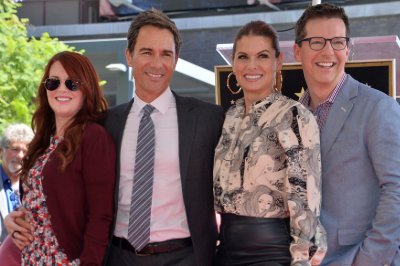 If you just watch it and be open to it, then it would have a life, but I didn't know because there was just so much attention sadly placed on Ellen (DeGeneres's) shoulder about the demise of her show, and how it was unfortunately connected to the fact that this character came out of the closet, that I thought it was going to be a tough road. But it was embraced

Debra Lynn Messing (born August 15, 1968) is an American actress, perhaps best known for her role as Grace Adler in the sitcom Will & Grace and as Molly Kagan in The Starter Wife. Both roles have garnered her a total of eight Golden Globe nominations and six Emmy Award nominations, winning one.

Messing was born in the Brooklyn borough of New York City, the daughter of Sandra (née Simons), who has worked as a professional singer, banker, travel and real estate agent, and Brian Messing, a sales executive for a costume jewelry packaging manufacturer. Messing is Jewish, a descendant of immigrants from Russia and Poland. When Messing was three, she moved with her parents and her older brother, Brett, to East Greenwich, a small town outside Providence, Rhode Island.

During her high school years, she acted and sang in a number of high school productions at East Greenwich High School, including the starring roles in the musicals Annie and Grease. She took lessons in dance, singing, and acting. In 1986, she was Rhode Island's Junior Miss and competed in Mobile, Alabama in the America's Junior Miss scholarship program. While her parents encouraged her dream of becoming an actress, they also urged her to complete a liberal arts education before deciding on acting as a career. Following their advice, she attended Brandeis University in Waltham, Massachusetts. During her junior year, she studied theater at the prestigious London-based British European Studio Group program, an experience that solidified her desire to act.

FULL ARTICLE AT WIKIPEDIA.ORG
This article is licensed under the GNU Free Documentation License.
It uses material from the Wikipedia article "Debra Messing."
Back to Article
/