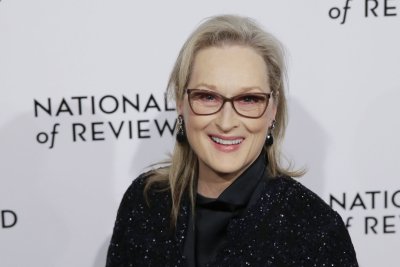 I never wanted to be in an oldies band; I just didn't

I think she wanted to do an independent, under-the-radar thing

I enjoyed working with and getting to know Moby while recording 'New York, New York,

Deborah Ann "Debbie" Harry (born July 1, 1945) is an American singer-songwriter and actress, most famous for being the lead singer for the punk rock/New Wave band Blondie. She has also had success as a solo artist, and in the mid-1990s she also performed and recorded as part of the Jazz Passengers. Harry has also engaged in an acting career with over 30 film roles and several television appearances to her credit. She also has 2 children and a cat.

Harry was adopted when she was three months old by Catherine and Richard Smith Harry, gift shop proprietors from Hawthorne, New Jersey. She attended Hawthorne High School, where she graduated in 1963. Prior to starting her singing career she moved to New York in the late 1960s and worked as a secretary at BBC Radio's New York office for one year. Later, she was a waitress at Max's Kansas City, and worked in a Dunkin' Donuts, after which she was a dancer in Union City, and a Playboy Bunny.

She began her musical career with a folk rock group, The Wind in the Willows. Harry then joined a girl-group trio, The Stilettos, in the early 1970s. The Stilettos' backup band included her eventual boyfriend and Blondie guitarist, Chris Stein. Harry and Stein formed the band Blondie in the mid-1970s, naming it for the wolf whistle men often yelled at Harry from passing cars. Blondie quickly became regulars at Max's Kansas City and CBGB's in New York City. After a debut album in 1976, commercial success followed in the late 1970s to the early 1980s, first in Australia and Europe, then in the United States.

FULL ARTICLE AT WIKIPEDIA.ORG
This article is licensed under the GNU Free Documentation License.
It uses material from the Wikipedia article "Debbie Harry."
Back to Article
/