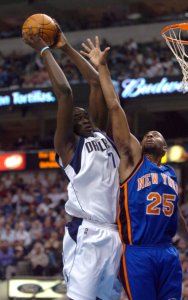 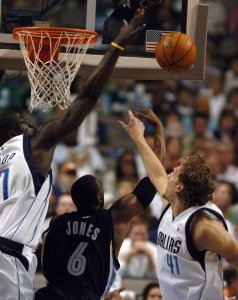 After he began practicing basketball at the age of 15, Diop succeeded in averaging 14.6 points, 13.2 rebounds, and 8.1 blocks during his senior high school season, earning the USA Today Virginia Player of the Year title and leading Oak Hill Academy in Mouth of Wilson, Virginia, to a #1 nation ranking (33 wins, 0 losses).

FULL ARTICLE AT WIKIPEDIA.ORG
This article is licensed under the GNU Free Documentation License.
It uses material from the Wikipedia article "DeSagana Diop."
Back to Article
/