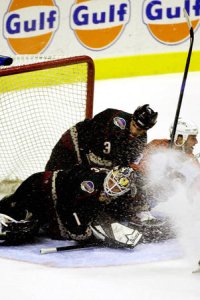 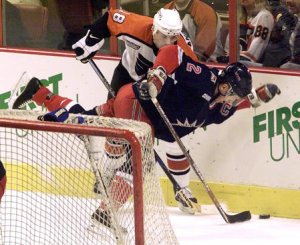 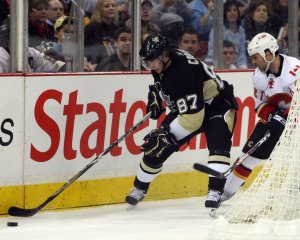 Daymond Randolph Langkow (born September 27, 1976) is a Canadian professional ice hockey centre and alternate captain with the Calgary Flames of the National Hockey League (NHL). He was a first round selection, fifth overall, of the Tampa Bay Lightning at the 1995 NHL Entry Draft. He played junior hockey with the Tri-City Americans in the Western Hockey League (WHL) and is their franchise record holder for career goals at 159. He won the Bob Clarke Trophy in 1995 as the WHL scoring leader with 140 points, and competed with the Canadian junior team at the 1996 World Junior Ice Hockey Championships where he won a gold medal.

Langkow made his NHL debut in 1995 with the Lightning, and has also played for the Philadelphia Flyers and Phoenix Coyotes. He has scored 30 goals twice in his career, both with the Flames, and scored more than 50 points in eight consecutive seasons between 1999 and 2008. He was a nominee for the Bill Masterton Memorial Trophy in 1997 and has played over 1,000 games in the NHL. His older brother, Scott, is also a professional hockey player, presently in the Deutsche Eishockey Liga

Langkow was selected by the Tri-City Americans in the second round of the 1991 Western Hockey League (WHL) Bantam Draft. He completed the 1991–92 season with the Edmonton Pats of the Alberta Midget Hockey League, scoring 81 points in 35 games while appearing in one game with the Americans as a 15-year-old. He joined Tri-City full time in 1992–93, scoring 22 goals and 64 points in 64 games and improved to 40 goals and 83 points in 1993–94. Langkow averaged nearly two points per game in 1994–95, scoring 140 points in 72 games. He was named the recipient of the Bob Clarke Trophy as the top scorer in the WHL, and was named to the WHL West and Canadian Hockey League First All-Star Teams. He finished as the runner-up to Marty Murray for the Four Broncos Memorial Trophy as the WHL's most valuable player.

FULL ARTICLE AT WIKIPEDIA.ORG
This article is licensed under the GNU Free Documentation License.
It uses material from the Wikipedia article "Daymond Langkow."
Back to Article
/