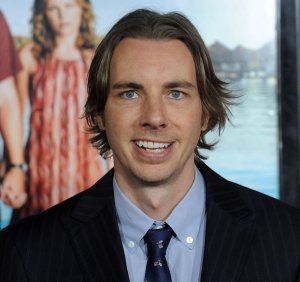 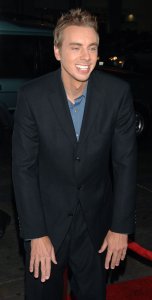 Entertainment News // 8 months ago
Lauren Graham says living next to Dax Shepard is 'so fun'
Lauren Graham discussed her neighbor and former "Parenthood" co-star Dax Shepard and how she once mistook him for Brad Pitt.

TV // 9 months ago
'The Ranch' stars brace for change in Season 8 trailer
Ashton Kutcher, Sam Elliott and Elisha Cuthbert star in the eighth and final season of the Netflix series "The Ranch."

Shepard was born in Milford, Michigan, and attended Milford Middle School and Walled Lake Central High School, before enrolling in The Groundlings school. He later received a degree in anthropology at UCLA.

In 2006, Shepard appeared opposite Dane Cook and Jessica Simpson in the comedy Employee of the Month. During the same time, Shepard began appearing in more film roles, and starred his first main character role in Let's Go to Prison. He also had a major role in Baby Mama. Shepard wrote the script for the Paramount venture Get 'em Wet, in which he again appeared opposite Arnett. He is now one of the main characters in the NBC show, Parenthood, playing Crosby Braverman.

FULL ARTICLE AT WIKIPEDIA.ORG
This article is licensed under the GNU Free Documentation License.
It uses material from the Wikipedia article "Dax Shepard."
Back to Article
/