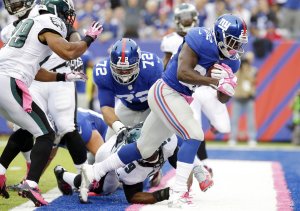 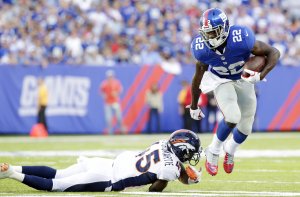 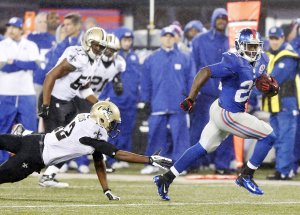 Science News // 1 year ago
Coral fossils show Southern Ocean current sensitive to wind conditions
Scientists knew the Antarctic Circumpolar Current, a cold current circling through the Southern Ocean, is driven by winds, but until now scientists weren't sure of its stability.

NFL // 2 years ago
New York Giants coach Pat Shurmur reaches out to former RB Tiki Barber
Former New York Giants running back Tiki Barber's relationship with the team quickly soured after he retired in 2006 but the sides appear to be fixing things.

Entertainment News // 2 years ago
Dita Von Teese embarks on tour with 'creme-de-la-creme of burlesque'
Dita Von Teese talked to UPI about her new burlesque tour, making music with Sebastien Tellier and traveling with her "dog in a cat suit."

Science News // 5 years ago
Contract killers bury their feelings to complete the kill
Criminology researchers in England found successful contract killers can convince themselves that they are hunting a moving target, not a human being.

Sports News // 5 years ago
Gurley leads running backs return to first round
Todd Gurley's game was too good to pass up, even for a team with a skilled stable of sprinters and many other needs.
Odd News // 6 years ago
Bottled birthday invite from Maui found on Calif. beach
A family visiting a California beach said the message in a bottle they discovered was a four-year-old invitation to a birthday party in Hawaii.
World News // 7 years ago
Suicide, murder rate in British prisons rises
The suicide and murder rates in English and Welsh prisons have reached their highest levels in years, the Ministry of Justice in London announced Monday.

The final version of DIACAP includes a few changes to the system identification profile, DIACAP implementation plan and scorecard compared to the interim version

Unless political and legal issues are resolved it would be difficult for the U.K. to deliver even basic support

Sweeney is a man with a deep-seated hatred of women, illustrated by the way he cut up and disposed of his victims

David Patrick Wilson (born February 26,1949) is an American actor and director, probably best known for playing Superman in the 1975 TV musical special It's a Bird, It's a Plane, It's Superman! an adaptation of the 1966 Broadway musical.

A working actor for four decades, Wilson has appeared in many movies and TV series, including the 1983 cult film Eddie and the Cruisers. He stepped behind the camera in 2009 to write and produce the film "Collar", where he also plays a police detective. The film, due to be released in September 2011, also stars Tom Sizemore, Rebecca DeMornay and Richard Roundtree.

FULL ARTICLE AT WIKIPEDIA.ORG
This article is licensed under the GNU Free Documentation License.
It uses material from the Wikipedia article "David Wilson."
Back to Article
/